Gator-zilla: Alligator The Size Of A Dinosaur Filmed Walking Just A Few Feet From Photographers

I’ve seen some gigantic alligators in my day, but nothing as large as the one above. Growing up in Florida (in the Boy Scouts of America) we did a lot of camping on/near nature preserves full of swamps and rivers home to big ass alligators. Gators are so common down here that once in H.S. I found a juvenile alligator that had snuck into the bathroom, and that’s a 100% true story.

Gators are everywhere but they’re NOT as huge as the one above. The alligator in the clip you see above was filmed at Circle B in Lakeland, Florida just yesterday (January 15th). It’s already going viral and it’s easy to see why. Specifically, this ginormous alligator was filmed walking around at the Marsh Rabbit Run at Circle B. So, if you’re in the area and looking to see an alligator big enough to eat a fully grown cow then that’s probably where you should start looking. 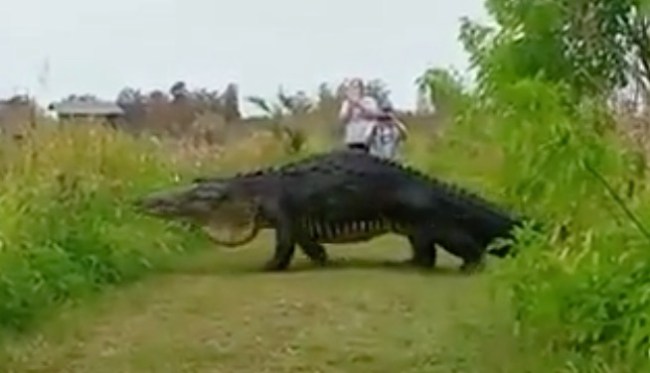 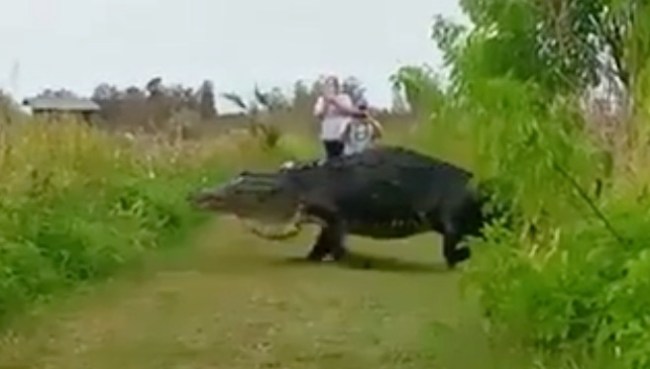 It’s unclear just HOW BIG this gator is but it most certainly passes the ‘Eye Test’ as being one of the largest alligators in the state of Florida. I’m sure there are some gators hiding out in remote lakes down in The Everglades, areas virtually untouched by humans, but to see this one walking so close to nature photographers in the middle of the day is rather spooky.