Traveling outside America’s borders can give you a deeper perspective on everyday things we take as they are, without challenging the function of them. Like do other countries force someone whose got snot running down his face to thank them for saying ‘Bless you’? Do other cultures have gaps between the doors in public bathroom stalls? Do people get a raging national pride boner on their respective day of independence? A lot of questions and not a lot of answers. Until now.

Redditor Karteros posed the question: Non-Americans of Reddit; What’s one of the strangest things you’ve heard about the American culture?

Here are the most thought provoking results.

Having commercials for drugs. “Ask your doctor about drug X!” It’s weird.

How else are we going to be reminded that our dicks don’t work past the age of 35?

Americans greet each other in passing by saying, “How are you doing?” without any care for a response.

This is a good observation.

How are you doing?
My grandmother’s in Hospice.
Nice, dude have a good one.

Going into debt for a wedding.

Reason 2,298 why marriage scares the shit out of me.

The fact that your employers don’t have to give you paid sick leave or holidays is concerning. Also the lack of paid maternity leave.

We live to work instead of working to live. I’m miserable.

Absolutely the healthcare system, or rather lack thereof. I feel so bad for people who have to pay thousands even just for an ambulance, let alone actual treatment. I cannot even imagine what it’s like to consider ‘do I go to the doctor today, or do I just wait and hope it’s nothing bc I can’t really afford it?’

I got my ass kicked in a bar fight in 2010 and broke my leg and got 30 stitches in my face, yeah he was a big man. Point is, I would have taken two broken legs if I didn’t have to pay thousands in hospital fees.

That the price on things in your stores are not the actual price but the price without tax and such.

The number of people who will take pride in working themselves to death. You Americans have shitty holidays, fuck tons of shady stuff like unpaid overtime, huge student loans that count to credit rating. Some people react rationally and realise how shit it is, others take an absurd amount of pride in it.

Jesus, tell us how you really feel.

I find it strange how much of an infatuation Americans have for their army.

You would too if you had bros like this savage.

pancakes with sausages and bacon. blows my mind how Americans eat that. 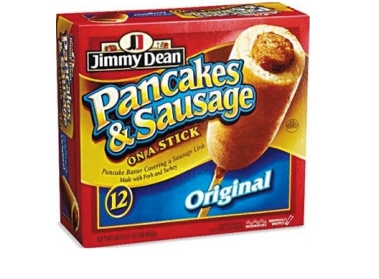 People being afraid to point out incompetence in a professional environment because they are afraid that their faults will be pointed out too and they end up getting fired. “Let’s not get better together and work over our flaws because we could be fired any day now!”

Makes working with American companies painful with all the back patting and feelgood bullshit.

Check out the rest of the haters trying to bring down the greatest country on the planet here.