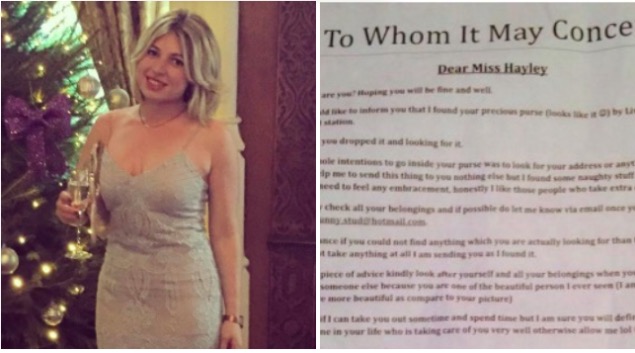 I know I’m not in the minority when I say that I’ve spent a few hungover mornings frantically searching for my valuables I left at the bar or in the cab on the way home. A bro once called my mother from the phone I left in the backseat of a cab to find out where I lived, and showed up on my doorstep to return it. I almost kissed him on the lips. But instead, I walked him to the liquor store where I bought him a handle of Maker’s Mark. I wonder where life has taken that kind fella. I hope he married a supermodel and hit the lottery.

Anyway, a 25-year-old named Hayley Minn was on the receiving end of lost property in the form of a purse she left at a bar during a drunken night out. Minn had submitted to the reality that she’d have to cancel all her credit cards, write off all the cash she had as a loss, and kiss goodbye the makeup and tampons and whatever girls keep in there.

That was until a good Samaritan mailed her purse to her as she had left it, not even taking a finder’s fee out of her wallet. Actually, he had left her with a bit more than she bargained for after writing her a typed one-page note that came off thirstier than waking up after taking down 10 hoppy microbrews. He was prompted to do so after he rifled through her purse and found it contained some “naughty stuff.”

The letter was obtained by Mirror and signed “Your Secret Admirer.” 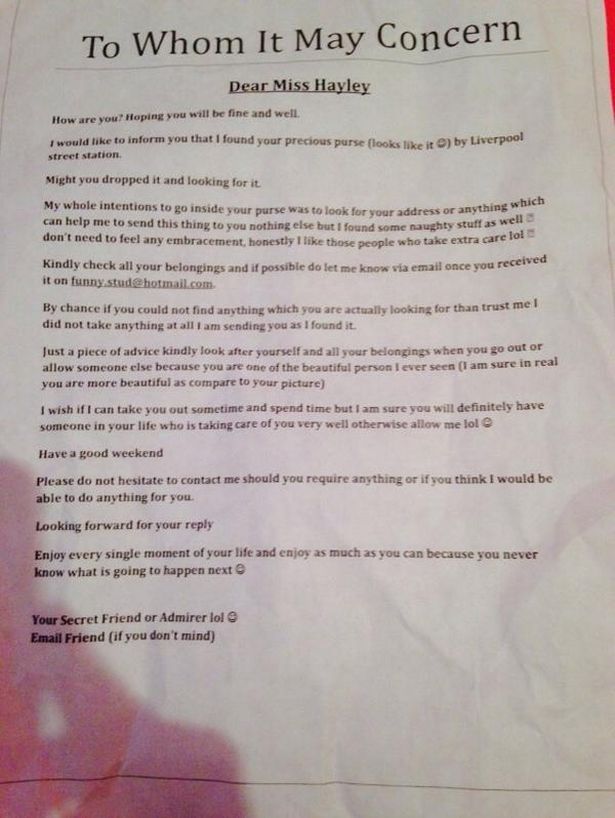 Only serial killers and my mother have hotmail accounts.

P.S. Put the drink down, Haley.