The REAL Reason Girls Love The Dad Bod, Explained By A Woman 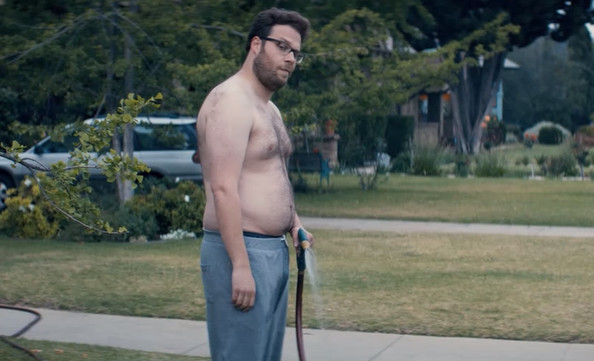 By now, I’m sure you’re aware of Clemson coed Mackenzie Pearson’s ode to what happens to a man’s body when he discovers the joys of Netflix, takeout and post-adolescent metabolism; the murky middle between swole and slovenly. I’m nearly a decade older than Pearson, and I’m here to confirm that she is wise beyond her years; I have the facts, and I’m voting the dad bod.

Dadbod is, of course, what happens when a man only goes to the gym sometimes but drinks beer and eats wings way more than that–a sturdy body with a layer of subcutaneous fat that makes it attractive to have him in your bed when it’s cold outside. It’s the bodily realization of a soul pliable enough to be talked into ordering pizza without any real effort, because he’s not trying to cut weight or experiment with intermittent fasting. It’s the visualization of the kind of guy who’s fun to hang out with, and who thinks you’re super fun, too. The dad bod does not want to talk about carbs.

I’m from what it would be fair to call the dad bod Belt: the suburban South, where polo shirts and golf are considered a good look from birth. (It is absolutely not a coincidence that dad bod’s original proponent goes to Clemson.) Maybe it’s part of the region’s food culture, but relatively few people there expect or want their partners of either gender to be chiseled out of granite. I live in Brooklyn now, where people are totally serious-faced when they tell you about their favorite green juices and SoulCycle instructors, but I am unmoved. I’m still checking for you, dudes with beer bellies.

Part of my admiration for men with imperfect bodies is self-reflective; I’ve never had a flat stomach in my life, and I’ve passed the phase where that seems like a major moral failure on my part. The Dad bod doesn’t guarantee a similar worldview (there are, for sure, exacting assholes who live inside dad bods), but it makes a match more likely. It’s fine for all of us to have regular-looking bodies, and if you’ve never had a partner who felt that way, let me promise you: it is some thoroughly good shit. Find one such person and get naked with him or her.

Consciously or not, many of my friends seem to have given dad bods tacit approval in their dating choices, too. None of us are waiting around at the squat rack to talk to the dude with the perfect arms, and that includes the women in my social circle who enjoy spending a fair amount of time in the gym themselves. That’s not to say that guy isn’t great, but he’s just not the first person who comes to mind when most of us are measuring our real-life romantic ideals.

At a certain point, and maybe at a certain age, the reality of a great guy who doesn’t go to the gym as much as he wishes he did trumps the muscled, hairless boy-band ideal of our youths, and it trumps it by a lot. Almost across the board, the women around me choose funny, quick, well-rounded dudes who can be goaded into having five whiskey sodas with them after a rough week at work. We’re all in our late 20s, and through some trial and error, it turns out that regular-ass humans are actually pretty fun to hang out with. Who knew?

Ultimately, that’s what dad bod appreciation is: being totally DTF with other human beings who are just as messy and weird as you are, and just as happy about it. It’s an admission that you’d rather fuck the Seth Rogen-lookalike in your company’s accounting department than a guy who is mildly famous on Instagram for his abs, even though the story wouldn’t impress some of your more judgmental friends. It’s not caring that your sexual proclivities don’t impress your friends.

On the other hand, dad bod guys are the kind of guys who can meet your friends. They won’t insist you pick a paleo-friendly restaurant, and they’re interested in another round of drinks. Most of them have developed serviceable social demeanors because they can’t get by on Don Draperesque aesthetic charm. Dad bods tell jokes and are fun to touch. Dad bods are down for a good time, and I’m down for that.