The Dictionary Dropped The Mic On Someone AGAIN, This Time It Was Kellyanne Conway And Her ‘Alternative Facts’ 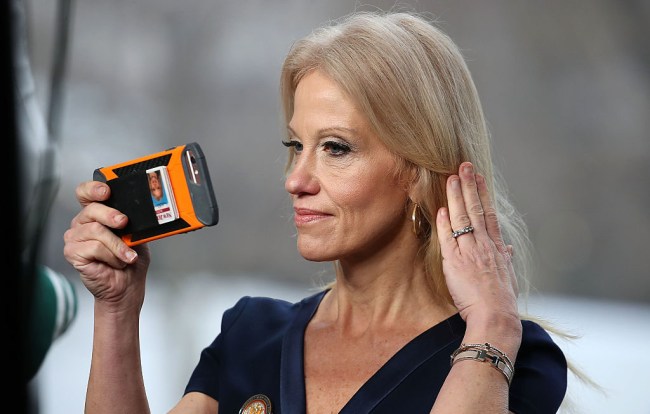 Man, the Merriam-Webster Dictionary is just SAVAGE on Twitter. Who would have ever predicted that? Between them and Wendy’s they are two very surprising must-follows these days.

Just a few months ago, the Merriam-Webster Dictionary went in on a guy on Twitter who was complaining about their “rules.” As you can see by that link I just provided, dude was so burnt he just went ahead and deleted his tweets.

Now, the dictionary has turned its sharp wit towards one Kellyanne Conway after she appeared on Meet the Press and defended White House Press Secretary Sean Spicer’s claims of a larger turnout at the inauguration than anyone else had calculated.

Conway did this by creating a new term for lies called “alternative facts” and the dictionary was having none of it, dropping a savage sub-tweet of Conway’s claim.

📈A fact is a piece of information presented as having objective reality. https://t.co/gCKRZZm23c

The dictionary wasn’t done there though. They even devoted a whole page of their web site to it. 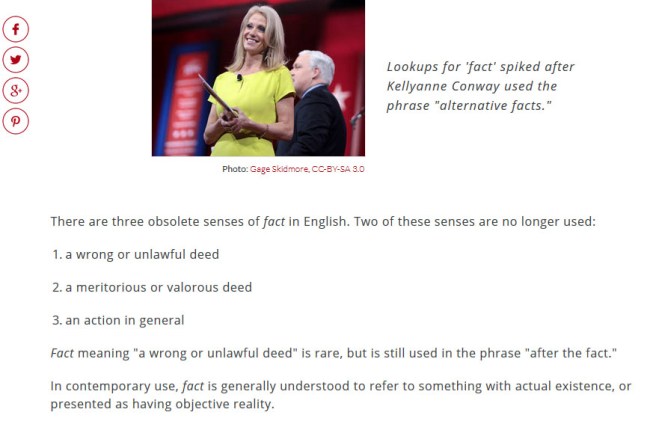 Needless to say, Twitter took great joy in the dictionary dropping the mic yet again on someone…

@MerriamWebster @KellyannePolls, when the dictionary is trolling you, you might want to reconsider everything in your life.

@RIAWAHINE @MerriamWebster How many think "Merriam Webster" is a real person and are probably googling her address to mail death threats?

Donald Trump says,"The failing @MerriamWebster is overrated and very dishonest. My vocabulary is tremendous. I estimate about 1.5 M words".

@MerriamWebster @jonfavs things are so bad even the dictionaries are getting involved pic.twitter.com/Iz9NIoKP3C

AND HERE IS @MerriamWebster serving some hot, steaming cups of etymological subtweets and am here for them pic.twitter.com/GntfanuDbY

@MerriamWebster I never thought i would follow the Dictionary on Twitter. but New Year, New Me. You got me swayed 🙂

You’re not the only one.