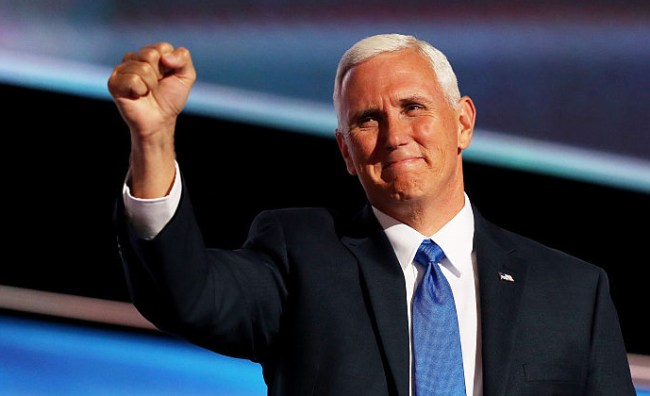 I would imagine being a member of the Secret Service would be a very stressful job. Especially in today’s political climate. So you’d have to find various ways to wind down after a hard day at work protecting the President and Vice President.

One of VP Mike Pence’s Secret Service agents reportedly decided that his way to unwind would be to visit a Maryland hotel and meet up with a hooker.

One law enforcement source says the agent was caught after police saw him exiting the hotel.

The police responded to a call from the hotel manager who became suspicious of activity in one of the rooms. The source said this was not a sting.

The agent was arrested and was charged with solicitation. He then self-reported his arrest to the Secret Service, the source said.

Nice of him to self-report after being, you know, arrested. As if THE SECRET SERVICE wouldn’t have found out anyway.

The agent was reportedly off-duty at the time so that’s good, I suppose.

According to the spokesperson, the employee was required to surrender his weapon and official gear and was placed on administrative leave. The employee’s security clearance and access to all Secret Service facilities has also been suspended.

On the positive side, at least he didn’t lose another laptop with national security information on it… or run his vehicle into a White House security barrier… or sexting a minor.