Jonathan Goldsmith Reveals How He Got ‘The Most Interesting Man’ Role As A Homeless, Washed Out 60-Something 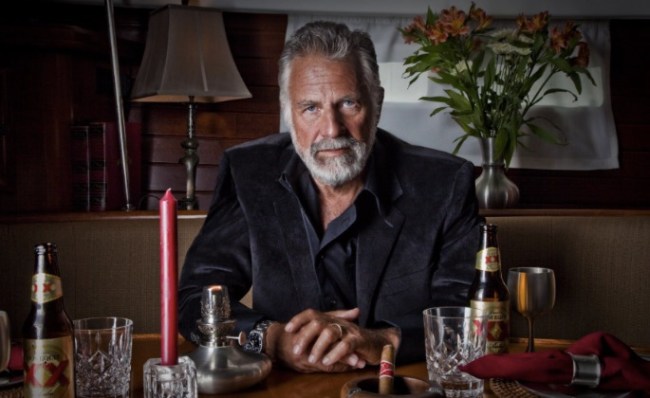 Jonathan Goldsmith, more commonly known as The Most Interesting Man in the World, arrived at the Dos Equis audition as a man in his 60s, homeless, and showering whenever he had an opportunity. If the odds weren’t stacked against him enough, the company was looking for a “young, latino type,” Goldsmith writes in his new memoir, “Stay Interesting: I Don’t Always Tell Stories About My Life, But When I Do, They’re True and Amazing.”

10 years removed from a meddling acting career and some other failed endeavors, Goldsmith’s agent told him about the audition. Goldsmith nearly didn’t show up.

Goldsmith picked himself up and found his way to the audition, completely oblivious to the fact that the next 30 minutes would change the rest of his life. When it was his turn to audition, the casting people wanted him to improvise a monologue to end with the sentence, “And that’s how I arm-wrestled Fidel Castro,” the New York Post reports.

Goldsmith then swindled a tale about how he had been seducing women from a very early age and as a hunter, he stumbled across a village of ladies doing laundry by a river. Goldsmith, who had the entirely crew hanging on his every word, then said, “and I fucked them all.” His audition conditioned to go off the rails from there, ending with Castro challenging him to a duel after he slept with all of the women Castro claimed to be his.

The casting crew was reportedly keeled over in hysterics and by the end of Goldsmith’s audition, they nixed their mission to find a Mario Lopez-type and went with the smelly, over-the-hill 65-year-old.

Goldsmith’s trajectory as an actor is an absurd one, as he documents in his memoir. Goldsmith claims that at an early age, Dustin Hoffman was his nemesis. Back in the day, they acted in the same play at the Neighborhood Playhouse in Midtown. Goldsmith claims he never got along with Hoffman, as Dustin was “serious, somber, a student of the craft,” and Goldsmith was “more light-hearted.”

While the two were traveling together for the play, Goldsmith had finally had enough with Hoffman and called him out.

“ ‘I know why you don’t like me,’ I bellowed.” Hoffman “sat there, dumbfounded. ‘Because I’m going to make it and you’re not,’ I stated defiantly, and stood up and left the restaurant.”

“I didn’t return to that lunch,” Goldsmith writes. “But over the next 40 years, I would have those words to eat.”

Goldsmith also said that he blackballed Clint Eastwood after he hooked up with Eastwood’s girlfriend on the set of the 1968 western “Hang ’Em High.” Eastwood never talked to him again.

Although Goldsmith never hit it big in Hollywood, he was a pimp of sorts at all the hotspots, bedding women like “Jack Warner’s much younger girlfriend, one of Groucho Marx’s wives . . . two congressmen’s wives, and one runner-up to Miss Florida.”

If there’s a lesson to be learned here it’s that Jonathan Goldsmith is living proof that the mantra ‘Fake it till you make it’ is alive and well.