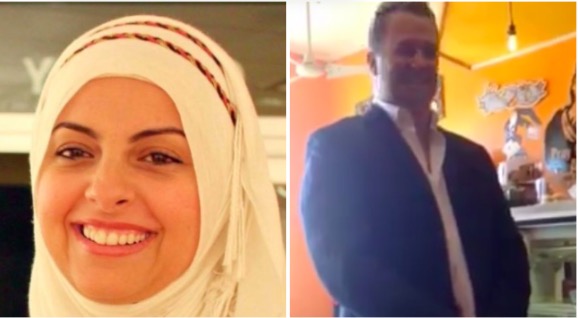 An incident at a Georgia coffee shop has gone viral after a Muslim-American woman confronted a man who was taking photos of her in a coffee shop without her permission.

39-year-old Asma Elhuni, a graduate student in political science at Georgia State University, was studying at Joe’s Coffee Shop in East Atlanta Village when she noticed the man directing his cell phone camera at her.

She relayed the incident to Atlanta’s Creative Loafing Magazine.

“I was just literally on my computer, minding my business, and I look up and see a guy with a camera pointing at me,” said Elhuni — who is Muslim and was wearing a hijab.

At first, she tried to ignore him, but he continued. When she addressed him, he said his name was Rob.

That’s when things turned up a bit.

I really wanted to give Rob the benefit of the doubt and believe that he wanted to take a picture of the “cool” coffee shop and the DJ or whatever tall tale he was trying to swindle. Despite his aura screaming “douche canoe,” I try to believe that most people, at their core, are good. But of course his whole story came crashing down when he blurted out the “green card” comment, even with the knowledge that Elhuni was filming and that these types of confrontations fly around the internet faster than a sex tape.

Koehler, who it appears has since deleted his Facebook, posted this in response to the story blowing up. 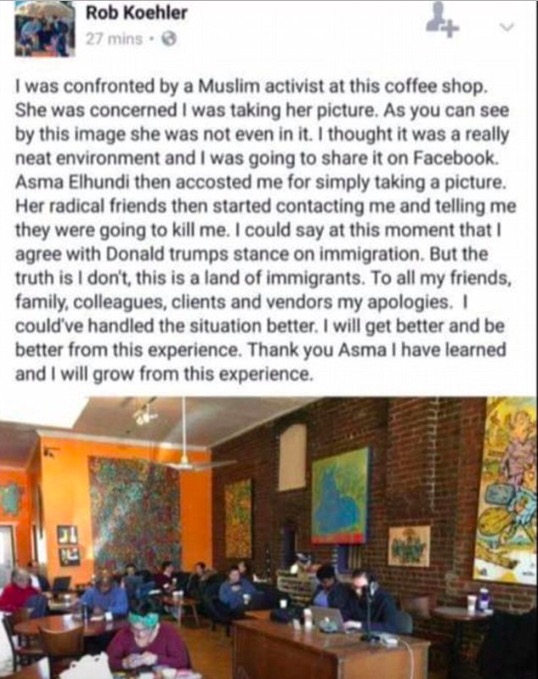