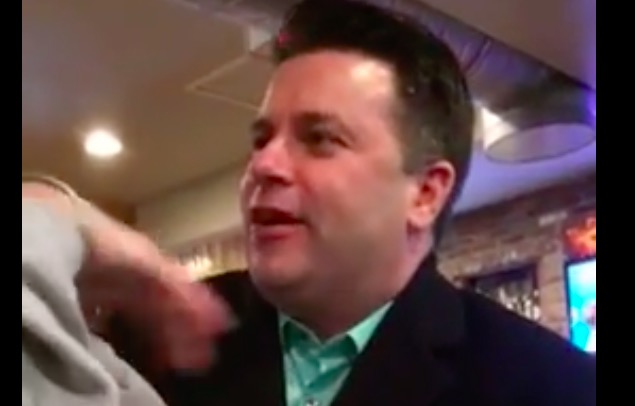 What do you do to solidify a state assembly seat in a competitive district? a.)  b.)  c.) Drunkenly tell a woman in a bar she should fuck you. The answer is always C.

Brian McDowell, a South Jersey real estate agent and former “Apprentice” contestant, lost the support of Cape May County Republicans after he slurringly told a woman at a shitty dive bar on the Jersey shore: “You should fuck me. It would really be good. Listen, you never know.”

Check out the hard swing and miss below.

Despite the widespread shame brought forth on McDowell, the politician refuses to drop out of the race, and his defense makes sense.

From Politico, via Death and Taxes:

“There are human errors and even Jesus dropped the cross three times,” McDowell, a 41-year-old unmarried real estate broker, told POLITICO. “I’m not running to be the Pope. I’m running to make New Jersey more affordable.”

Upon the video being made public, it has also been leaked that McDowell’s ex filed a restraining order on him over a decade ago. He tells the bizarre story below:

“Back about 12 years ago, maybe 14 years ago, I proposed to my ex-girlfriend on a SEPTA bus in Philadelphia. She didn’t like that. She considered it harassment. She filed a restraining order against me. It was later dismissed and we went on to have two kids together in a relationship that lasted 10 years.”