Octopus Vs. Crab Fight To The Death Has A Surprise Ending With Another Animal Coming Off The Top Ropes 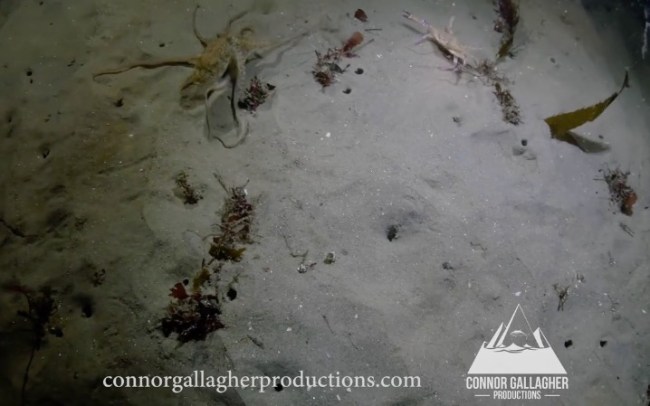 This video was filmed last week by a pair of bros diving off San Carlos Beach at a local spot known as the Breakwater. In this clip, we get to see a red octopus fighting a swimming crab to the death, only it’s a surprise death at the end when an unexpected animal comes off the top ropes for the kill.

The person who filmed this clip added audio of the 2005 boxing match between Diego Corrales and José Luis Castillo, a fight that ended in the 10th round after a TKO by Corrales who won the WBC and WBO Lightweight title that night (regarded as the best boxing match of 2005):

If that Facebook embed isn’t loading for you then you can see the video HERE on Grind TV, and you can also watch the video below on Instagram without the boxing soundtrack:

A harbor seal coming in at the last second for the TKO (kill). It wasn’t entirely unexpected by the bros filming this clip because they’d spotted the seal in the area earlier, but I don’t think anyone fully expected that seal to swoop in out of nowhere and finish this deadly battle itself.