The Simpsons have predicted soooooo many things over the years (As you can see here). Well, we can add another nearly spot-on prognostication to their lengthy list.

Lady Gaga soared to the stage for her Super Bowl halftime performance while being tethered to a harness. 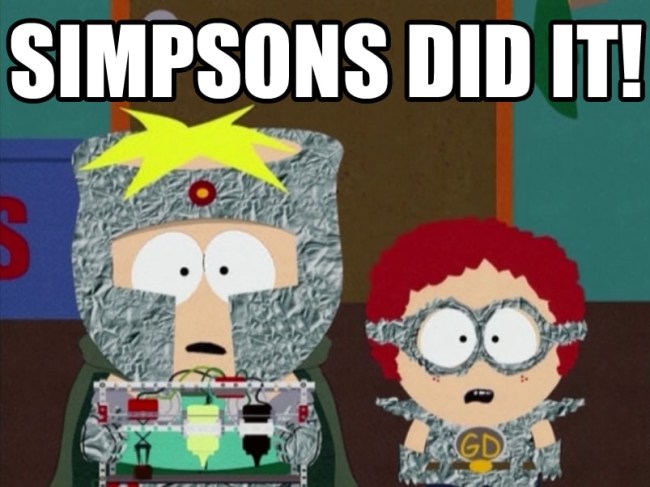 In an episode of The Simpsons from 2012, Lady Gaga has a performance that flies through the air while being tethered to a harness. The episode titled “Lisa Goes Gaga,” also shows stars in the shape of a hat that looks similar to the one Lady Gaga wears on the cover of her most recent album “Joanne”. In Gaga’s halftime show there were drones with lights that looked like stars at NRG Stadium.

The only thing missing is the pyro bra.