Adios Tequila, Cerveza, and Avocados: Trump To Impose 20 Percent Tax On All Imports From Mexico To Pay For The Wall 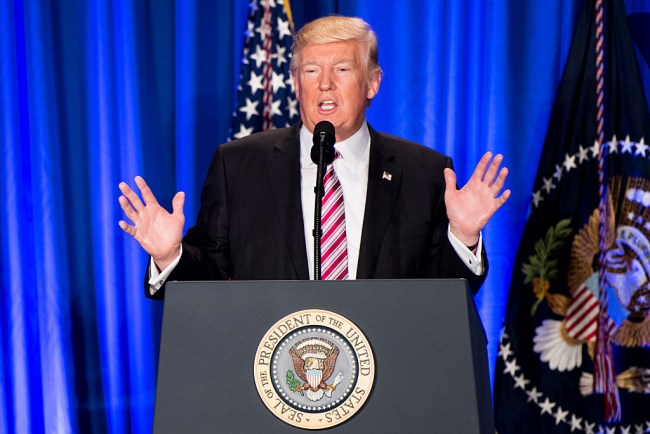 Earlier this week Donald Trump signed an executive order enabling construction of the Great Wall along the U.S. – Mexican border. A big point of contention is who is going to pay for this $20 billion project, with the White House insisting Mexico will pay to the point where it’s become a Trumpkin rallying cry. Clearly our neighbors to the south — the #3 trade partner of the United States — aren’t on the same page, with Mexican President Enrique Peña Nieto canceling a trip to Washington to meet with President Trump.

So, again, who is paying for this damn wall again? And how? Today on Air Force One, White House Press Secretary Sean Spicer announced the White House’s plan: Impose a 20% tax on all U.S. imports from Mexico.

Spicer said the 20% tax on Mexican imports would be part of broader tax reform, and POTUS favors such a tax on ALL imports

So, economically speaking, the plan for “Mexico Will Pay!” is to cause a 20% price surge on items Americans regularly purchase directly from Mexico. That ranges anywhere from auto parts to clothes to produce.

Donald Trump really hates the North American Free Trade Agreement, a President Clinton-era trade agreement that’s made importing and exporting from Mexico quite easy. This has resulted in an economic boom of Mexican imports into the United States, including items that are a big part of the every day American’s lifestyle: Cervezas like Corona, Tecate, and Modello. Tequila, distilled from agave that *pretty much* only grows in Mexico. Avocados, which caused basic yuppie girls to freaaaaaaak out when they spiked in price last year under a shortage from U.S. growers.

Have you looked at the labels of origin on a lot of every day items you get at the grocery store? Betcha a lot of ’em say “grown in Mexico” thanks to NAFTA, causing prices to remain relatively low for us as consumers. Here’s what that means:

UPDATE: The White House is now changing its tune…. How convenient!

BREAKING: Spicer tells me 20% tax on Mexican imports is NOT a policy proposal, but example of options how to pay for wall.

UPDATE: Sean Spicer seems to walk back border tax proposal, saying it's only one option. "There are clearly a bunch of ways it can be done."

Twitter, of course, is losing it with the news of the 20% tariff and the possibility of a looming trade war over this damn wall:

Simply put, any policy proposal which drives up costs of Corona, tequila, or margaritas is a big-time bad idea. Mucho Sad. (2)

THIS IS WHY TEACHERS MADE US GROW THOSE AVOCADOS IN WATER WITH TOOTHPICKS. THEY WERE TRAINING US FOR THIS MOMENT!! pic.twitter.com/ZpOJlJTkRz

So, it looks like #avocados won't be an option for appetizers for the #superbowl
They will cost 20% more… 😭 pic.twitter.com/ZSPQxLMCGg

On every college campus a white girl who voted for him is crying over her Avocado Toast and Tequila that she won't be able to afford anymore pic.twitter.com/F5kbddJRkd

There will be riots over the price of tequila now https://t.co/bg7GzvkzRZ

Now do u care?

So my avocados 🥑 are gonna come with a 20% tax? 😪 pic.twitter.com/SAEBKsvFzk

I think Trump is severely underestimating how much America loves avocados. Kimchi diplomacy works, you guys. This will be his downfall. pic.twitter.com/W35g1TFSfa

Trump wants 20% tax on Mexican imports, so if you hate paying for guacamole at Chipotle, soon it'll be $5 and funding a stupid f**king wall.

GUAC AT CHIPOTLE IS ALREADY TWO DOLLARS BASICALLY NOW TRUMP IS GONNA TAX MEXICAN IMPORTS AND YOU SAID THIS GUY WAS A POPULIST?