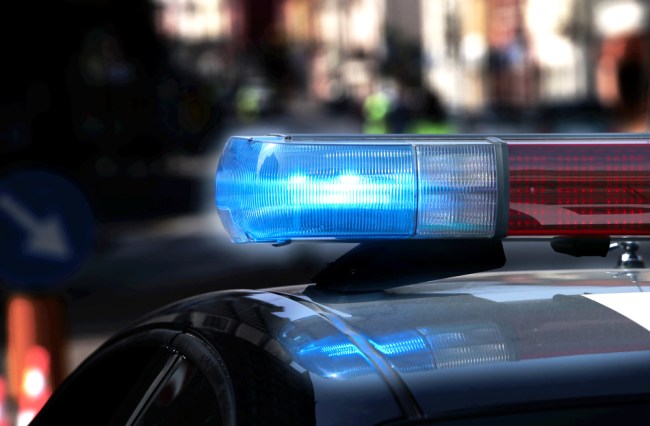 Frankly, bros, I’m SHOCKED that this incident took place in Manchester, New Hampshire and not somewhere in South Florida. Perhaps the ‘Florida Man’ phenomenon is leaking to the rest of the nation, or maybe this is just an isolated incident.

It’s possible that this chick took New Hampshire’s ‘Live Free or Die’ motto a little too literally and decided to defecate on a cop because her rights were being infringed upon. Whatever the case may be, this is a weird arrest story.

The neighbor said he heard the tenants fighting and asked them to quiet down. In response, they allegedly threw eggs at his vehicle.
Police responded, and said a male – later identified as Caraballo – came to the door and immediately became confrontational. He backed out of the doorway and Roberts, his girlfriend, blocked the door frame and continued arguing with police.
One of the officers then noticed Caraballo walking toward a long gun located next to a bed. The officer pushed past Roberts, even though she grabbed his jacket to keep him from entering. Another officer then started to place Roberts under arrest for trying to keep the officers from entering the apartment.
By this time, Caraballo and the officer who had entered the apartment were fighting for control of the shotgun. Caraballo kicked the officer in the chest, but another officer was able to incapacitate him with a Taser, and he was taken into custody. Via

Just going off the details above this is an outrageous arrest report. Someone tried to pull a fucking shotgun on a cop and then the 19-year-old girl thought it would be a good idea to physically restrain the cop as he wrestled for the shotgun!?!? But that’s not even the weirdest part of the story, the most bizarre aspect of the incident was when she stuck her butt on the cop and threatened to splash him with soupy poopy:

Roberts was also placed under arrest. As they waited for the transport wagon, Roberts allegedly placed her buttocks on the officer’s leg and threatened to defecate on her.

Woman arrested after threatening to defecate on officer https://t.co/O4X5q9qO1d pic.twitter.com/J8wzy6ImsH

This is one of those Austin Powers ‘honestly, who throws a shoe?’ moments because I’m wondering who in their right mind would ever think to poop on another person under any circumstance? This chick’s getting arrested, on her way to jail, and her response is to stick her ass on the cop’s leg and threaten to shit on him????? I’m reading that report and wondering how it’s possible that I inhabit the same planet with people like that.

To read the full arrest report you can click on over to NECN.com.