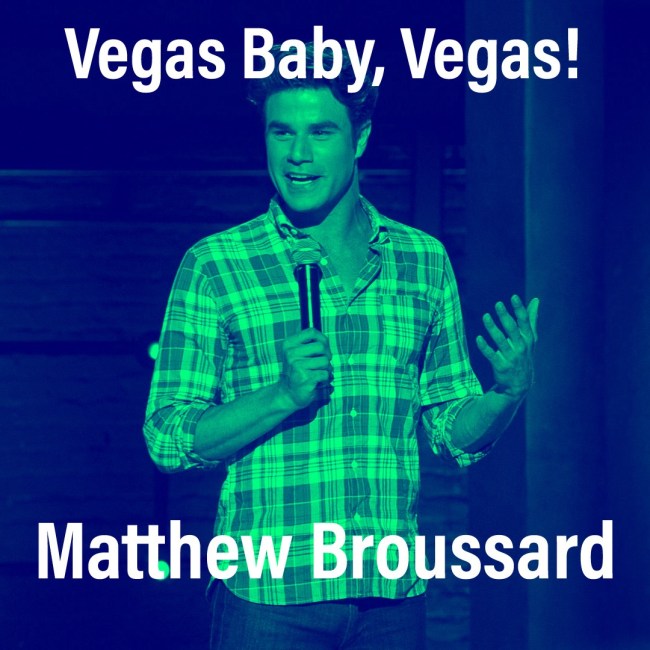 This episode of Entourage needs no introduction. Vince, the boys and Ari heading on a midweek trip to Sin City will forever live in Entourage lore as a Mount Rushmore episode of the show.

I wanted to get a heavyweight guest on to break it down on Oh Yeah, Oh Yeah: The Entourage Podcast this week and comedian Matthew Broussard is one of the funniest and hardest working comics in the game right now. He was recently on The Tonight Show and his star is on the rise:

He was gracious enough to call into the show in between sets at a comedy club and suffice to say, he killed it. We break down everything from Vegas in 2006, Johnny Drama’s infatuation with his male masseuse, and of course Seth Green.

Matthew also told some insightful stories about his time in Hollywood, including what it’s like when you land a TV pilot and his experience auditioning for the Entourage movie when he first moved to LA. Haley Joel Osment beat him out for the part as the spoiled, jealous Daddy’s boy Travis McCredle, but Matt would have made a great character in the Entourage universe regardless. We discuss what character he would play as well as the TV show Scrubs and the performance of actor Johann Urb as Ken the masseuse.

If Matthew’s coming to your city, make sure you book tickets to see him. I have a feeling he’s going to be Vince level famous someday soon.