A Trip To Sin City And Bad Decisions Made By Fast-Food Restaurants, On The Brilliantly Dumb Show Ep. 68 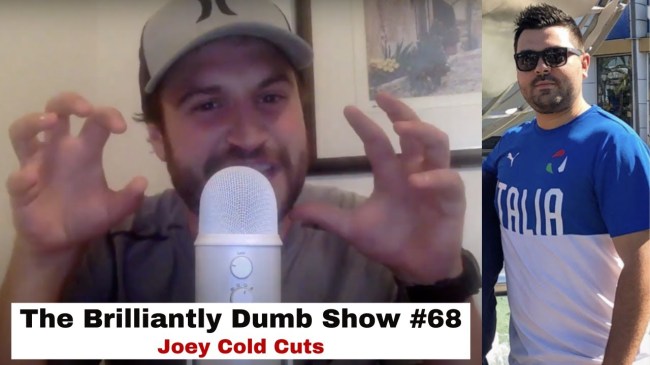 Big Game Bob was back in action on episode No. 68 of The Brilliantly Dumb Show which started with an overview of the chaos going on in the world right now. The chaos did not stop there as I went into a rant on a dear friend of the pod Joey Cold Cuts deciding to take a trip to Las Vegas with everything going on. Nothing says a mental vacation quite like a trip to the Sin City that is barely open yet. Nothing was going to stop Mr. Cold Cuts from getting his blackjack fix in though as he did not let my rant affect his plans of going to Vegas.

We closed off our comedy bits with a routine about everybody’s local dry cleaners and how regardless of what state or country you are in, they are always the same. The one constant in this world is always the dry cleaner process of checking you in and out.

The ‘Ask Bob’ segment closes out the show as always with a few questions from the fans to be featured. I could not hold my anger and frustration in when I was asked about KFC making the bold decision to take their famous potato wedges off of their menu; a tragedy that I can not seem to wrap my head around. Colonel Sanders has been just hanging back while franchises like Chick-fil-A and Popeyes run circles around them in the chicken business.

It was an action-packed episode that was a good way to end such a tough week around the world. That’s what The Brilliantly Dumb Show is for, no matter how tough your week was, you can always count on us to deliver some laughs into the weekend.