Danielle Kang Qualified For The U.S. Women’s Open At 14 And Had No Idea What The Tournament Even Was 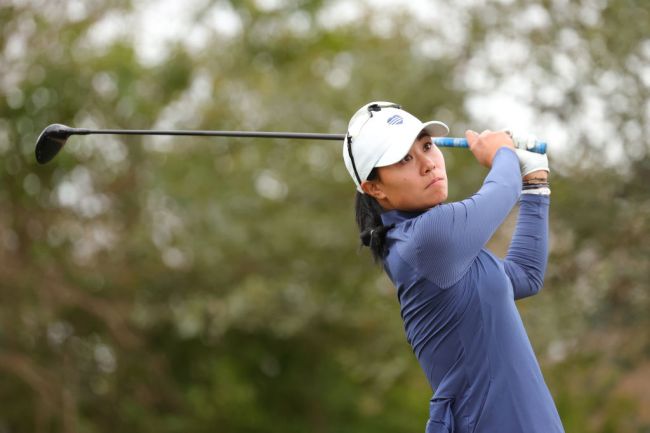 LPGA Tour player Danielle Kang joined Harold Varner III and George Savaricas on the latest episode of the Rippin’ It podcast and shared quite the story about how her golf journey began. Before becoming a five-time winner on the LPGA Tour and winning the 2017 Women’s PGA Championship, Kang was very much into martial arts as a kid and didn’t start playing golf until she was 12 years old.

Saying a major champion’s golf knowledge was non-existent as a kid and even teenager may sound like a stretch, but it may honestly be an understatement based on her story about qualifying for the U.S. Women’s Open at 14 years old – just two years after picking up a club for the first time – and having no clue what the U.S. Open actually was.

Kang went on to explain that she dedicates her golf to her brother Alex, who has three made cuts on the PGA Tour himself. When she was really starting to find her footing as a young amateur, Alex was actually the one that signed her up for local qualifying for the 2007 U.S. Women’s Open, she qualified, and the rest is basically history.

“I wasn’t raised with golf, so I don’t know the golf history very well,” Kang explained. “I wasn’t raised with watching golf, so I’m still behind. So when I played the U.S. Open, I didn’t know what the U.S. Open was. I didn’t know what majors were. I had never watched it, never heard of it, wasn’t in the game, I was a 12 or 13-year-old into martial arts.”

“My brother signed me up and next thing I know I made it through the local qualifier and my brother said ‘you have to go to this other thing’ (sectional-qualifying) and I didn’t want to go and I threw a fit…”It got to be this entire family drama, and then I went, and I made it and the interviewer asked me ‘what do you think of getting into the U.S. Open’ and I was like ‘I don’t know what this is.'”

Varner III put that into perspective explaining that he started playing golf in 1999 and didn’t play in his first U.S. Open until 2013. But, there you have it, just a 14-year-old Kang qualifying for a major championship and not even knowing what a major championship was at the time.