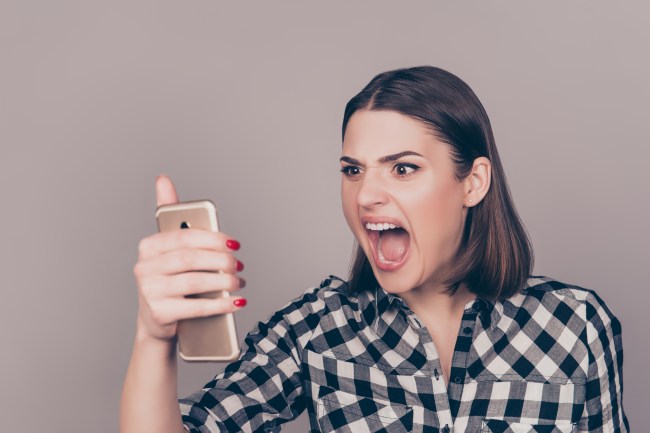 Italian mothers are simply just built from a different cloth. Especially when that mother happens to be from New Jersey. I don’t know if it’s a Sopranos thing to where they were just kind of born into it or if there is just something in the New Jersey water that turns them into a different kind of beast.

Jersey Jerry has been making a lot of appearances on The Brilliantly Dumb Show for his sports picks and also for the fact that you just don’t know what is going to come out of the guy’s mouth next. Trying to predict what Jersey Jerry is going to do or say is impossible. Last week he ate the world’s hottest chip while giving his Eagles vs Giants pick which was a moment for the ages. But this week it was his mom who stole the show, his mom who I refer to as “Mrs. Gilfone.”

Mrs. Gilfone stormed down to Jerry’s room in his basement mid podcast like a bat out of hell. Jerry forgot to take out the dishes and walk the dogs which are not things that go unnoticed or unsaid in a New Jersey household.

I couldn’t help but to throw Jerry on the hot seat and have him turn the camera to his mom mid freakout. Never in my life have I seen somebody come in as hot to a podcast as Mrs. Gilfone did. From cursing to screaming, we got it all from Mrs. Gilfone on today’s episode which will definitely be a moment for the shows hall of fame. Be sure to subscribe to The Brilliantly Dumb Show on all podcast streaming platforms for more of this weekly chaos.