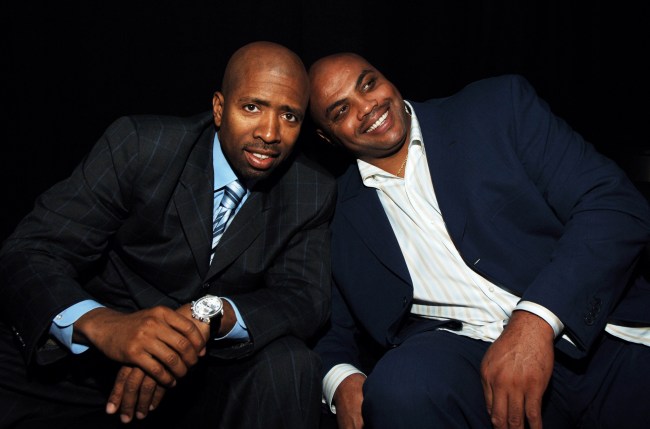 For the past two decades, the world has been blessed in witnessing the professional union between Inside the NBA hosts Kenny Smith and Charles Barkley. Like any healthy marriage, the pair have squabbled, made up, embraced, exchanged words of affection, and slept in separate beds.

No one knows Sir Charles better than The Jet, and during a recent appearance on our Endless Hustle podcast (subscribe if you’re feeling generous), Smith pulled back the curtain on sports media’s most beloved figures, citing 20 years of data.

In short, Charles is generous to the point of irrationality, and his OCD makes Kenny want to suplex him through the Inside the NBA desk.

The only thing more extreme than Charles Barkley's generosity to random strangers is his OCD. 😂

“Charles Barkley has a string that pulls people to his heart that he thinks he can help everyone. His help is different from everyone else’s too. You’ll see someone on the street and say, ‘Hey brother, can you spare a dime?’ He’s the guy who’s going to take the guy and buy him a house. You’re like, ‘Wait, you bought the guy a house??’ But in the same token I’m like, ‘Did you get him furniture?’ and he’s like, ‘No bro, he can work and get his own furniture!’ He’s like a walking contradiction with that sometimes.

The black colleges. The HBCUs. He’s donated like a million dollars to five or six of them. Just sitting in the green room talking, it was a casual conversation and someone said something and he was like, ‘I’m going to give the HBCUs a million dollars.’ Two weeks later I’m reading in the paper—but it was such a casual conversation, you don’t think it’s going to happen sometimes. That’s what I would say is the most interesting thing.”

In true Kenny fashion, he couldn’t let a Sir Charles compliment stand alone, without mentioning the one quality that makes him want to grow hair and then tear it out.

“And he’s OCD. Before COVID, he was carrying Clorox wipes in his bag. This is way before COVID. He wipes everything down. Everything is meticulously put. His closet looks like a department store at the best men’s store in the world. Every shirt is color-coded. It’s neat. It’s perfectly in place. He knows exactly where everything is. The most annoying quality that he has. For those old school people, he’s Felix Unger and I’m Oscar Madison. It’s not a fun this to be around him.”

Listen to our entire interview with Kenny Smith below. He talks about the Jet Academy, his innovative new virtual basketball camp for kids of all ages, the legend of Dean Smith, the intricacies of TNT’s Emmy-winning ‘Inside the NBA,’ LaVar Ball’s sperm, the impact Dean Smith had on his life, his dunking prowess, and more!