Mike Golic On Why The NCAA’s Name, Image, And Likeness Rule Allowing Athletes To Cash In Is A No-Brainer 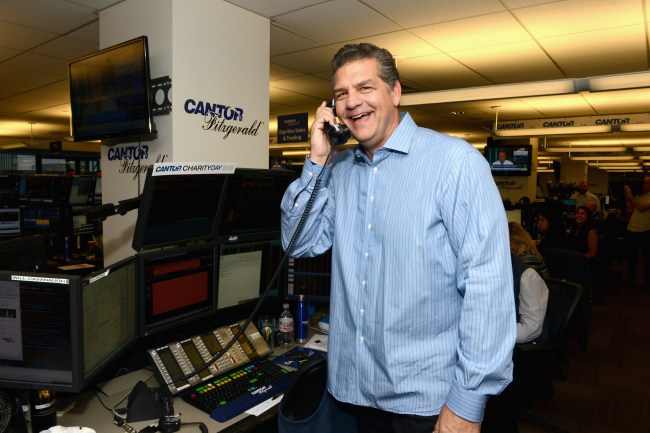 Ryan Kaji is reportedly the highest-paid YouTuber, earning $29.5 million last year to go with an estimated $200 million in branded merchandise. Ryan is 9. And he’s become an “unboxing” multi-millionaire thanks to parents who are willing to hand their children an iPhone so they can watch The Bachelor.

In the same year, the NCAA raked in $165.2 million dollars in revenue from its television and marketing rights fees alone, none of which went in the pockets of people generating the cash. Legally at least.

In review, a 9-year-old made hundreds of millions more last year than the 176,000 student athletes who compete on the Division 1 level.

This is not an easy problem to fix, but the NCAA is finally starting to budge by maybe possibly allowing its athletes to cash in on their name, image and likeness (NIL) as early as July 1.

I will have made more in my intern position then my entire 4 years of being a NCAA athlete, in 2 semesters.

All because I don’t have the rights to my own name, image, and likeness

We sat down with the ever-rational Mike Golic who offered his take on the landscape shift in college athletics and he is bullish on the NIL proposal.

Fresno State hoop twins @CavinderHaley & @CavinderHanna could make $500,000 annually on their Name, Image, & Likeness, but the #NCAA continues to sleep on its mountain of $$. @golic on why NIL compensation is a no-brainer.

“I never agreed with the schools paying them, because now you’re talking about them becoming employees. That opens up a whole other can of worms.

The NIL—name, image, and likeness—I do like. That way someone else is paying it. The school isn’t paying it, so someone else could foot the bill for it. People say it could make things unbalanced. Tell me they’re not that way right now!

Name me after Alabama, Ohio State, Clemson, go! You’re probably going to name 10, 11, 12 teams that are next. And then a whole other group. We’re already very, very top heavy right now. “

Golic then used Fresno State basketball twins (and leading scorers) Hanna and Haley Cavinder as an example, who have amassed 2.9 million TikTok followers, and who have “almost as big of an influence in terms of value as Trevor Lawrence,” according to Blake Lawrence, CEO of the marketing firm Opendorse.

“I just saw a great story about two young ladies, sisters on the Fresno State basketball team, and they have millions of followers. And they’re in the whole TikTok generation. They could be making an estimated hundreds of thousands of dollars. And they even said, ‘We’re not good enough to go pro.’ This is a chance for us right now to make some money.

So a lot of people sit there and think it will only be the Trevor Lawrence’s of the world. Not true. These 5’6” sister basketball players…they would be making collectively, the one group that figured it out, as much as Trevor Lawrence could be making. So, why not let these men and women make some money off that?”

Expected changes to NIL could earn them up to $500,000 collectively annually, according to ESPN.

Alabama’s governor is the most recent leader to sign her state’s NIL bill into law, which will go into effect starting July 1. Athletes from six SEC schools in four different states — Alabama, Florida, Georgia* and Mississippi — are now on track to be allowed to start cashing in on their notoriety in a variety of ways starting in July.

But, of course, the NCAA continues to sit on its mountain of Benjamins.

As states continue to pass (bipartisan) NIL legislation, the NCAA continues to twiddle its thumbs. The NCAA could have passed sensible NIL rules, but has chosen not to. Why are states passing these laws? Competition. Athletes are valuable assets, and these laws are proof of that. https://t.co/KskuDRxHqZ

Of course, there are no solutions, only tradeoffs. A Sports Illustrated piece details the underbelly of the NIL legislation, with 150 platforms rushing to set up lucrative contracts, some partnering with schools while also offering athletes at those schools a marketplace to strike NIL deals: “There are a lot of hustlers out there.”

Check out our entire interview with Golic (and AEW star Christian Cage) below: