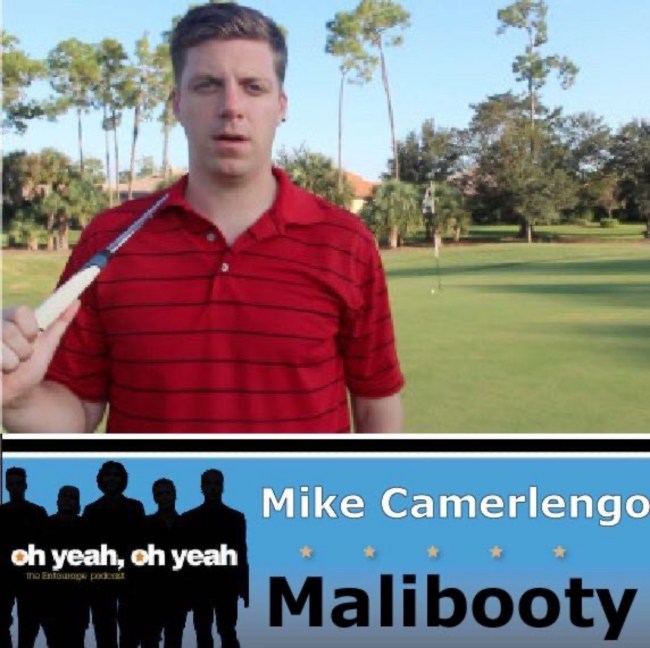 One of my favorite reoccurring guests Mike Camerlengo stopped by Oh Yeah, Oh Yeah: The Entourage Podcast this week to talk about the infamous Season 4 episode ‘Malibooty.’ If you’ve been living under a rock, Mike is the creator of 60 Second Classics, where he breaks down a classic film from our childhoods into hilarious 60 second recaps.

Mike and I had a blast discussing Turtle playing wingman to Johnny Drama in this week’s episode. We also talked about Dennis Hopper’s ill conceived cameo and our thoughts on rim jobs. I can safely say that 18 year old JR Hickey thought a rim job was simply a woman licking a man’s butt cheeks and didn’t see much appeal when I first watched this episode back in 2007. In 2020 however, it takes on a whole different meaning.

Every week we talk about our favorite “bros being bros” moment from the episode, and this week’s we both nominated Turtle taking one for the team with Drama’s fling Donna’s heavyset friend Marjorie.

It’s a moment we’ve all experienced at some point in our young lives and is a true sign of both male and female friendship. Taking one for the team when your guy or girl friend needs you to distract someone you’re not very interested in is almost a right of passage. Normally Turtle and Drama are relegated to the B plot of the episode, but ‘Malibooty’ sets them squarely in the driver’s seat.

The things you do for your friends…

Take a listen if you’re interested! We’re halfway through the entire run of Entourage with plenty of classic episodes to go. Oh yeahhhhh!