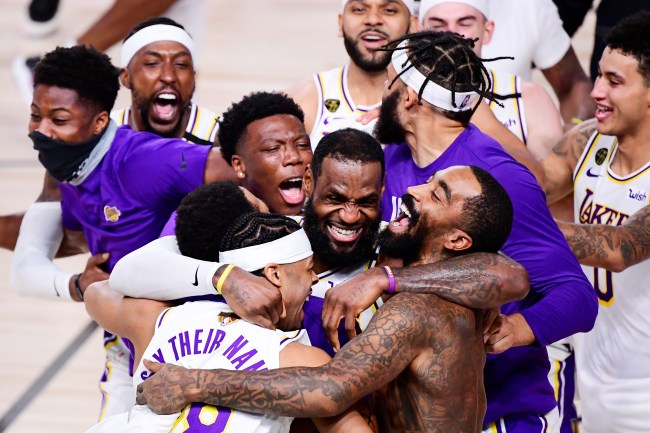 “I’ve heard it’s good for the heart, Listen, I’m playing the best basketball of my life, and I’m drinking some wine pretty much every day. Whatever it is, I’ll take it.”
-LeBron James, 2018 (ESPN)

LeBron drinks every day and it’s “good for the heart,” but when I do it, my loved ones conspire with the producers of A&E and sit in a circle to read poorly-written letters about how they hardly recognize the man I’ve become. T-t-today grandma, happy hour starts in 30.

LeBron’s affinity for a smooth glass of red has been well-documented on social media, but Richard Jefferson took us one step further in revealing that even the greatest current athlete on the planet falls victim to the power of sour grapes.

Via our Endless Hustle Podcast:

3. LeBron James
2. Michael Jordan
1. Emo Wine Drunk LeBron James@Rjeff24 describing LeBron after a few glasses of 🍷 during the new episode of our @Endless__Hustle podcast is food for the soul.

“But when it comes to drinking wine, I’ll give you one story. He kind of had a moment, he’s an emotional guy, we all know that as his teammates. You’ve seen the videos and the memes, he gets emotional. And he had been grumpy for like a day and he texts, ‘Hey guys I’m going to be at this restaurant.’ So we went somewhere else, me and Channing Frye, and we said ‘let’s go meet up with Bron even though he’s being grumpy.’ And we meet up and he was full on frat boy.

It was funny because I think his personality always stays the same, but he’s an emotional guy and every once in a while he’ll get that one glass past the normal and he gets a little emotional, just like–”Guys I’m sorry I was grumpy that was my bad.”

Jefferson, who also said LeBron is free of arrogance and wants what’s best for the people around him, acknowledged King James’ proclivity to wear his emotions on his sleeve.

“Even in team meetings we talk about this, trying to control his body language or emotions. I remember one time he’s like, ‘Look guys, I try. It’s been an issue my whole life. I’m trying to work at it, but sometimes in the real moment when things happen, I can’t help it. I’m sorry. Just know that it’s not intentional. It’s not personal. It’s just who I am and I’m still trying to get better.’

People talk about the J.R. Smith incident or whatever, that’s just real emotion! That’s just high-level emotion. He doesn’t hate him. They’re still boys. But in that emotion, you just see it all over his face.

You’re like, ‘Oh, Bron’s being emotional!’ Like, no, that’s just people as human beings. I think it’s something that humanizes him a little bit and it’s a positive trait.

Listen to our entire Endless Hustle interview with Richard Jefferson below. We discuss his 17-year NBA career, how winning Bronze in the Olympics changed U.S.A. basketball, The Redeem Team, Gilbert Arenas debauchery, being bald, and more!