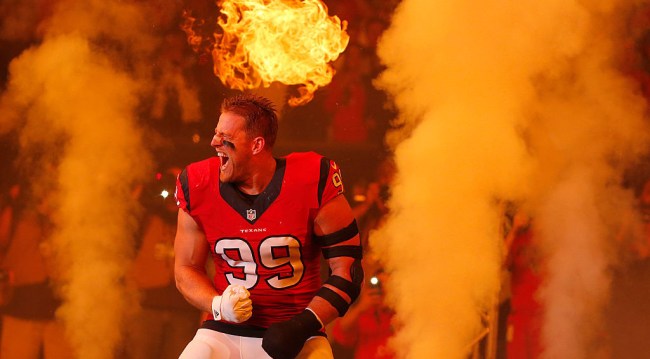 If a friend of mine was having issues with his girlfriend and wanted to know where he should turn to for some relationship advice one of the very last places I would send him is to a fantasy football message board.

However, now that I have actually witnessed someone inexplicably doing exactly that, I am beginning to rethink my take.

Because not only did this guy actually get advice (including, as of this writing, 3,904 comments) the thread is one of the most comical things I may have ever read.

He begins by making it clear that this is his “first time asking for relationship advice online.” It also might be his last.

Then he goes on to explain…

I have been with my gf for about 5 years. We both still live at home with parents while going to college. Over 5 years, we have had very happy moments, but also some bad moments.

One thing about her that has always driven me nuts is that she is ALWAYS late to everything. I mean like a daily thing. If we planned to see friends at 3pm, she wont be ready till 6pm.

It also extends to doing things on time. For example, this is the 3rd year in a row she did not give me a gift for on my bday, saying she has it ready but she’ll give it to me later. Well, its been about 2 months since. Another example is this past Saturday, we we’re supposed to dress up for Halloween and meet friends for a night out at 5pm, yet she wasn’t ready until 9pm, at which time my friends were all long gone.

Blah, blah, blah…”this happens every other time we see each other,” “she will always have a random excuse,” “she is a very caring, nice girl and I do love her,” etc. etc.

He eventually ends with, “Am I overreacting or is this a legitimate reason to break up?”

Later he came back with this edit: “Obviously posted in wrong sub but actually got some good feedback in here.”

Then when he came back again later, not only did he have MORE answers, it was the top post on Reddit, for which he (wrongly) apologized. “I know a lot of you were disappointed, thinking I’d drop some sort of clever shitpost, but I’m really just a dude who was looking for relationship advice. Well, I clearly found it,” he wrote.

Ask your self this: if you drop her and she gets picked up by one of your leaguemates, will you be ok with that?

She may continue to put up trash stats, but she may turn it around and make you regret this come playoffs. ~ Chilo69

Make the drop. Next gf will be better ROS. ~ Waltzer64

Gotta stay active on waivers to win a championship. ~ Storm_Fox

You can pick her back up again if she clears waivers. ~ ballison10

You’re gambling, though. As soon as someone else picks her up she’ll break out with a monster week and you’ll have to watch someone else tear up the standings. ~ Slaphappydap

That’s why you dump her Saturday morning. ~ padrock

Would she be a good stash though? ~ ah-makin-me-happy

Only in 2 GF leagues. ~ DavoinShower-handle

It’s a shame no one really plays with these rules anymore. ~ mandace1

I would argue that polyamory is approaching an all time high. I know it’s not popular around here, but I prefer flexing the Thur night GFs. ~ jah-makin-me-happy

That just doesn’t make any sense. Especially when your GF1 is clearly unreliable. You gotta save your flex for later in the weekend. If you lock your GF2 in at the flex on Thursdays what are you going to do when GF1 is questionable for a Saturday night? ~ Leo_Spaceman_

Yeah, you can wait to see if a younger player improves but very rarely do we see somebody break out at 27 and turn into an MVP type player. Sure it happens, but not with people who can’t be bothered to show up to practice on time and put in the work. ~ thegroovemonkey

This has nothing to do with Josh Gordon. ~ kendrickshalamar

She should be dropped for Josh Gordon in all PPR leagues. ~ MischievousCheese

If you’re only getting 1 point per relationship you’re playing in a shit league. ~ Medipack

I was going to delete this but I’m actually getting some good feedback.

Just fyi the reason I am questioning wanting to drop her is that she’s a GF1 in every category except the time factor.

She got a reoccurring groin issue too? ~ hopsandhorns

I mean, she kind of sounds boom or bust. When she shows up she’s probably amazing, but you’ve got to put up with Tyreek Hill type weeks where she just doesn’t show up. I’d personally keep starting her, but I’d make it clear that she is not undroppable. ~ JelliedHam

Who was her handcuff? ~ Donuil23

And on and on it goes. I’m telling you, this might be the greatest thing I have ever read.

Check out the rest of the thread here.