College Basketball Fans React To News That Over 1,000 Players Are Now In The Transfer Portal 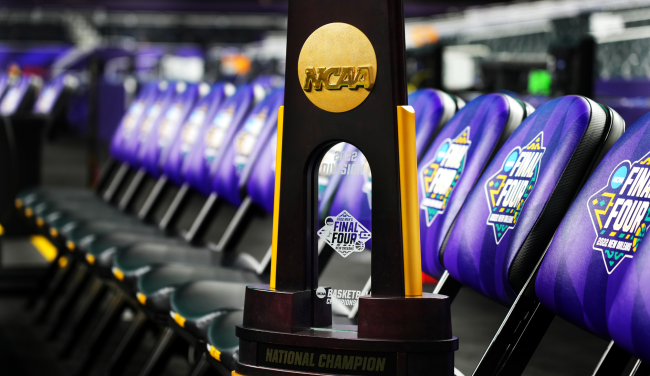 If you think the new Name, Image and Likeness (NIL) deals college athletes are now getting is the biggest change in college sports over the past year, you might actually be wrong.

Another change, the transfer portal rules, enacted by the NCAA back in April of 2021 might be having an even bigger effect.

On Wednesday, it was revealed that the number of Division I men’s basketball players who have entered the transfer portal has reached 1,000.

In case you aren’t familiar, the new transfer portal allows college athletes to transfer to another school one time without being forced to sit out a year.

“We don’t look at it, we refresh it. There’s so many kids going in and we all have openings,” he told Click On Detroit.

The transfer portal is completely changing the face of college basketball

This year, players like Syracuse freshman Kadary Richmond, Jabri Abdur-Rahim of Virginia, Cole Swider of Villanova, Christian Bishop of Creighton, Tyon Grant-Foster of Kansas, and Khristian Lander of Indiana are just the tip of the iceberg for coaches looking to reshape their squad.

College basketball fans still aren’t quite sure what to make of these seismic changes in the game.

There are over 1,000 players in the transfer portal. This is not a sustainable model for college basketball.

The transfer portal surpassed 1,000 names today. Good luck to everyone looking for a new college home.

To start the week there were 700+ names in the transfer portal. There are now over 1,000 just d1 alone. I’d imagine when all said and done it could be 1500-1600. Maybe things settle back down when the free Covid year goes away but this is going to be wild

It's almost like there were rules in place before so this wouldn't happen. Weird.

You can’t force kids to just stay at a school. If you want to transfer, you should be able to do so freely. That combined with the ability to test the draft process and get feedback has actually made college basketball more competitive. It’s not all down to recruiting a HS kid

Until coaches are held accountable for changing programs on a whim, the players should be able to do so as well.

There will be 1,000+ names in the transfer portal when it’s all said a done. The sad part is 100’s of talented players will be without an offer or take an offer “they didn’t want” OR the biggest one they thought they were bigger than the current school and was shown other wise!