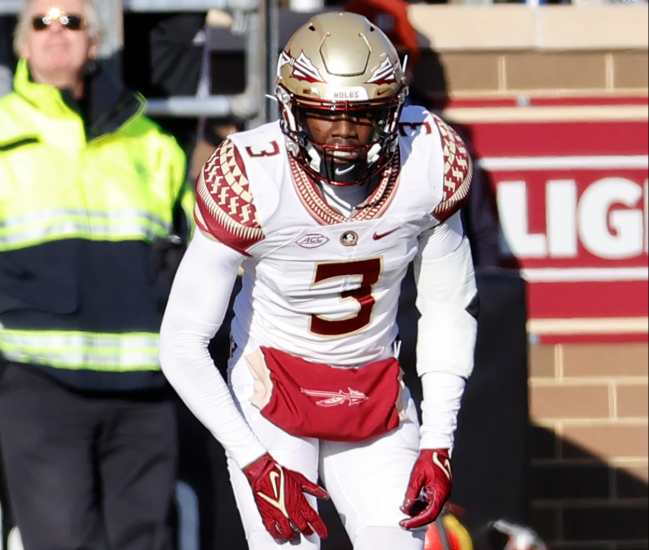 The entire landscape of college athletics changed forever when the NCAA introduced its interim rules on Name, Image and Likeness last summer. College athletes can finally profit off of their being while actively participating in NCAA-sanctioned events.

It also created an arms race across the country.

Players are able to accept payment for their off-field services and it not only plays a role in recruiting, but the players who are already on-campus look for their best opportunity to profit. As a result, NIL collectives around specific schools are trying to raise as much money as possible to bring players to their programs and to keep the current players at their programs.

As Lane Kiffin has said on multiple occasions, players are going to go where they can get paid the most money, just as they do on the professional level. Not every player, but some, if not most.

Take what has reportedly happened with Jarvis Brownlee Jr. at Florida State for example.

“What God Has Already Written Cannot Be Stopped But Interruptions Can Be Involved “🙏🏽 #Love❤️ 3️⃣Out pic.twitter.com/TfM8Dlt9Om

The decision to transfer comes after Brownlee was believed to be holding out of spring practice. According to a report from someone with close ties to the Florida State program, he became the first known college football player to hold out from participation with his team because of NIL issues.

Brownlee reportedly had a deal for his Name, Image and Likeness presented to him, but he did not meet the minimum requirement for the agreement. As a result, the deal was void, at least temporarily.

Brownlee was either going to be paid for his NIL at a later date or not at all. Either way, he was reportedly holding out until the money came in.

And now, 15 days later, Brownlee is transferring out of Florida State all together. The exact reason for Brownlee’s transfer is unknown, but the timing of his reported decision to hold out over a lack of NIL compensation and his decision to leave the Seminoles is certainly interesting.

The starting cornerback from 2021 could always choose to return to Florida State. However, it appears as though he is seeking other opportunities both on and off of the field at another program.