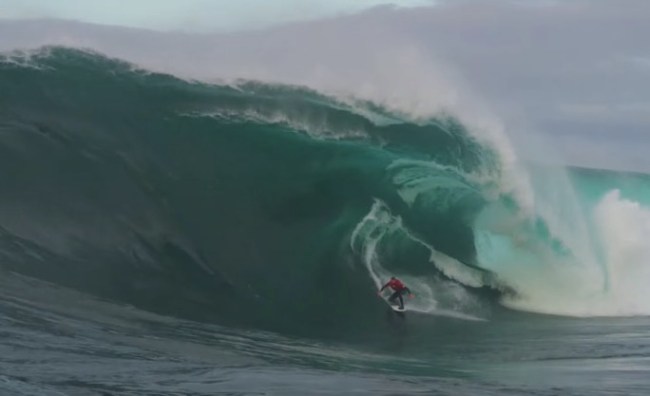 Big Wave Surfing requires a special type of athlete that is both in peak physical condition AND has absolutely zero fear of riding skyscraper-sized waves that can crush your spine, knock your wind out, and leave you lifeless in an instant.

The 2017/2018 WSL Big Wave Surfing Tour wrapped up in February with Hawaiian surfers taking the top 4 spots in the rankings. Billy Kemper won the tour this year followed by Kai Lenny (2nd), and Ian Walsh (3rd). I want to send a huge congrats to all those surfers, some of whom you’ll see below.

The WSL Big Wave Awards released another round of nominations for 2018 Ride of the Year earlier this month and as you can imagine, these waves are beyond compare. These rides were filmed all across the world, including Shipstern Bluff, Puerto Escondido (Mexican Pipeline), Nazaré in Portugal, Pea’hi, Outer Reef Oahu, and Mavericks. Let’s check ’em out:

That ride by Grant Baker at Nazaré, Portugal has to go down as one of the biggest waves ever ridden.

I’ll be shocked if this ride from Ian Walsh doesn’t win the 2018 Ride of the Year award because it’s been heralded as one of the best rides ever on the tour.

I feel like almost every wave ever ridden at Shipstern Bluff deserves an award simply because it looks like one of the fiercest, gnarliest waves on the planet. It’s such a heavy and powerful wave. Dropping in there requires a unique form of testicular fortitude.