Houston Open Picks and Preview: Uncertainties Aplenty With New Spot On The Schedule 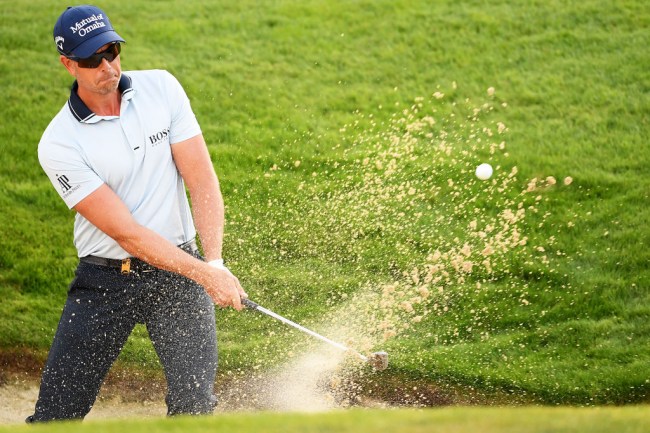 The PGA Tour’s fall schedule keeps on keepin’ on this week as things head to the Golf Club of Houston for the Houston Open.

This is an event that wasn’t on last year’s schedule and finds a new spot this year, which has resulted in a very weakened field. This used to be the final stop before the Masters, which served as a tuneup for a majority of the world’s best players, this week however we’ll see just two of the Top 50 players in the Official World Golf Ranking.

Give the new spot on the calendar, weakened field and the 18-month hiatus of the event it’ll be interesting to see how things pan out this week.

The field will cap-out at 144 players this week with the Top 65 and ties making the cut to play the weekend.

The Golf Club of Houston has hosted this event since 2003, but this will be the last year we’ll see the tournament here with it moving to Memorial Park in 2020.

It is a Par 72 track that will play a long 7,440 yards and will look different compared to year’s past. With the new spot in the schedule this Fall, the bermuda covered course will have lusher rough likely resulting in higher scoring. The scoring average was 70.60 back in 2018, which was a record low thanks to extremely wet conditions.

The greens should run around a 12 on the Stimpmeter which is somewhat slow, especially for this event compared to years past.

It’s worth pointing out that a cold front (with some rain) is expected to pass through the area on Friday dropping temperatures from the 90’s on Thursday to possibly the 70’s come the weekend. Also, it’s Texas so expect some pretty steady wind throughout the week.

He’s the highest-ranked player in the field this week at No. 37 and has had great success here in years past. The Swede has two runner up finishes in Houston to go along with another pair of top six finishes. He showed some pretty strong form at the European Tour’s BMW Championship in late-September with a T-17 finish.

List is a guy that can overpower this course with his length off the tee and enters the week fresh off of a T-13 finish at the Shriners. He’s also never missed the cut here in three starts and finished T-3 in 2017. It comes down to Lists’ around the green game and flatstick, which has been the only thing holding him back.

He made his debut at this event in 2018 finishing T-43, but enters the week in very solid form. He finished T-9 at last week’s Shriners and is 3-for-3 this year in terms of making the cut. He sits third on Tour in strokes gained: putting which has resulted in a birdie average of 5.42 per round this year, good enough for fifth on Tour. He’s riding a hot putter, who says it cools down this week?