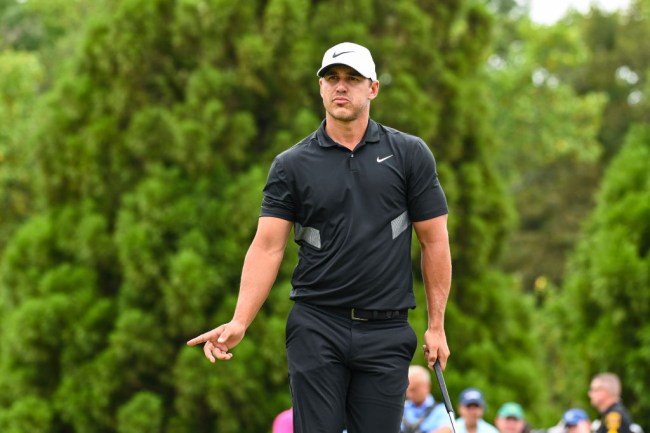 Just like last week’s Safeway Open, this year’s Shriners Hospitals for Children Open has gotten a huge boost in field strength thanks to the new-look PGA Tour schedule.

World No. 1 Brooks Koepka is set to make his season debut in Las Vegas this week. Other big-time names that will tee it up are Adam Scott, Bryson DeChambeau, Hideki Matsuyama and Patrick Cantlay.

This week features a 144-man field with the Top 65 and ties making it to the weekend, as per usual.

This Las Vegas track will stretch to just over 7,200 yards this week and plays as a Par 71. With TPC Summerlin being in the desert with a bit of elevation, the course plays a bit shorter than what it says on the scorecard due to firmness.

Last year it played as one of the easiest Par 71 courses the players face all year as the average score was 69.369. Bryson DeChambeau won last year’s event at 21-under one shot better than Patrick Cantlay.

Cantlay, Alex Cejka and Whee Kim went into a playoff two years ago here at 9-under before Cantlay earned the win on the third playoff hole. The 9-under score was an outlier thanks to bad weather that year.

It’s bermuda grass everywhere this week outside of the greens which are bentgrass, which in my opinion means there isn’t a reason to favor guys that play on certain grasses because of course, we’ll see both this week.

The 22-year-old has continued to impress into the new season after picking up his first win at the end of July. He’s coming off of a T-10 finish a week ago at the Safeway Open where he finished second in the field in strokes gained: approach.

TPC Summerlin is more of a second-shot course and with Morikawa coming in off of a great week with his irons is a good sign. He finished T-3 last week in scrambling, which is always nice too.

Scheffler is one of the most consistent golfers on the planet right now and seems to be extremely close to earning a win. After an impressive close to the Korn Ferry Tour Finals in early September, he’s started off the 2020 season with a T-7 finish at The Greenbrier and a T-16 finish at Sanderson Farms.

He’ll enter the tournament fresh after taking last week off. Here’s to hoping his irons haven’t cooled off as he sits T-2 on Tour in Greens In Regulation early on this season.

He enters the tournament after playing across the pond last week at the Dunhill Links where he finished T-10. The possible jetlag and the (sometimes forgettable) fact Finau has exactly one PGA Tour win to his name may shy people away from picking him this week, but he’s played well here in the past.

Finau has never missed the cut here in his five appearances. He finished T-16 both in 2018 and 2016. A win has to come for Finau sooner rather than later, right? He’s playing well and this course fits his consistent play, why not this week?