Brooks Koepka Sounds Off On Slow Play Again, “Five And A Half Hours To Play Golf Is A Long Time, Everybody’s Going To Get Bored” 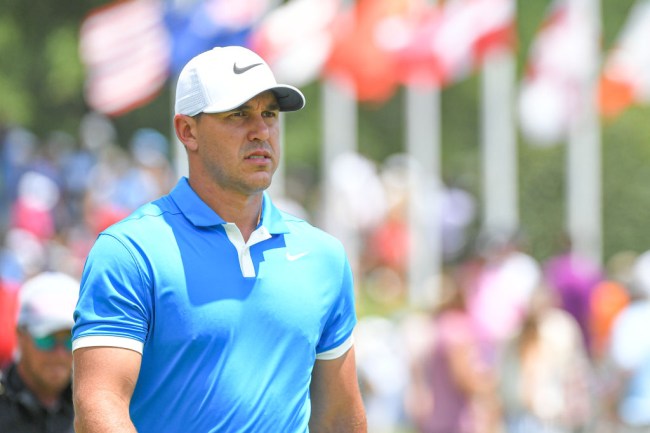 Brooks Koepka isn’t necessarily the most outspoken guy on the PGA Tour, but he’s discussed the issue on slow play multiple times this year.

Spoiler alert: he is NOT a fan.

There is a problem with slow play, there’s no denying that, and Koepka isn’t afraid to address it. He called out Bryson DeChambeau back in February and then played alongside J.B. Holmes in the final round at The Open and visibly didn’t seem to enjoy that experience.

Koepka offered up further thoughts on the situation of slow play again on Wednesday during a presser at The Northern Trust Open.

“I mean, I take 15 seconds and go, and I’ve done all right. So I don’t understand why they’re taking a minute and a half.”

“Sometimes they might be trying to decide what club to hit. Well, you’ve had a day to think about it, and it’s pretty clear what the tee shot is. I mean, I just don’t get—a lot of times it’s on the simpler shots. The difficult ones, you already know what to do with it, but it’s the simpler ones where guys seem to take their time.”

His “well, you’ve had a day to think about it” remark is likely a shot at Holmes. During their final-round pairing at The Open, Koepka was the first to play at the opening hole. Holmes then followed that up with taking his time selecting a club for a shot he’s hit three times prior on the week. Paul Azinger even called out Holmes for taking his time at the first tee on the broadcast.

“He’s known what he’s going to hit off this tee for at least 23 hours and he still took his time pulling that club.”

Holmes then pulls it OB.

Tiger Woods was later asked about the pace of play issues on Tour and he stated that he knowns players that if they’re paired up with a slow player they will then intentionally play slow to purposefully put the pairing on the clock. This of course then forces the slow player to play at a quicker pace.

It isn’t the worst plan, but that also slows down the pace of play for every group behind yours.

As for Koepka, well, he just doesn’t want to get bored out there playing an excruciatingly long round.

“I mean, five and a half hours to play golf is a long time, everybody’s going to get bored.”