The 2020 Open Championship Is Set To Be Canceled, Per Report 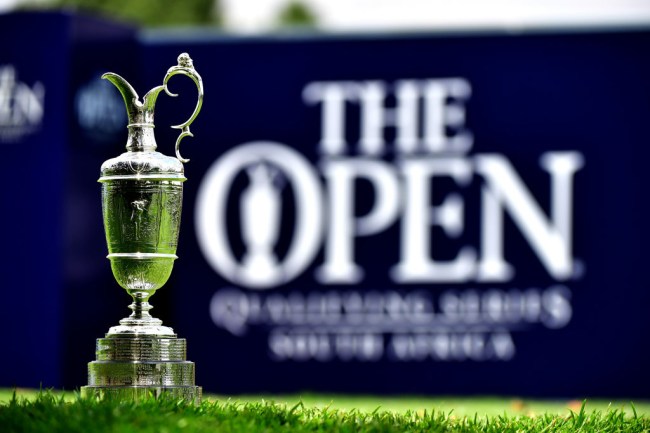 The original story has been updated.

The Open Championship will not be played this year. As reported by Golf Digest, the R&A is expected to cancel golf’s oldest tournament due to ‘The Big Cancel’ as we like to call it. The tournament was scheduled to start on July 16 at Royal St. Georges Golf Club.

This decision to cancel the tournament comes just after the All England Club canceled Wimbledon on Wednesday. The last time The Open wasn’t played was in 1945 when World War II was going on.

Despite it being the last major on the schedule, The Open is the first major championship to be canceled. Both the Masters and PGA Championship have been postponed.

As to why the R&A elected to cancel the championship instead of postponing it and pushing it back on the calendar has to due with insurance, according to sources cited by Golf Digest.

Similar to Wimbledon, the R&A has a policy that shields against a global pandemic, and a source indicated the Open would have to cancel by a certain date in order to collect on its insurance premium.

“The R&A is the most [insured] of all the tournaments,” a source said. “They have complete cancellation insurance. I just don’t see any golf [being played] before August.”

Although The Open is run by the R&A and not the USGA or PGA, this isn’t good news for the three other majors still hoping to take place in 2020.

The U.S. Open, set to begin on June 18 at Winged Foot in New York, is the lone major yet to officially be postponed or canceled up to this point.

UPDATE: On Monday, April 6, SkySports has reported that R&A chief executive Martin Slumbers confirmed that The 149th Open will now be played at the historic Sandwich links next year, with the Old Course at St Andrews set to host The 150th Open in 2022.