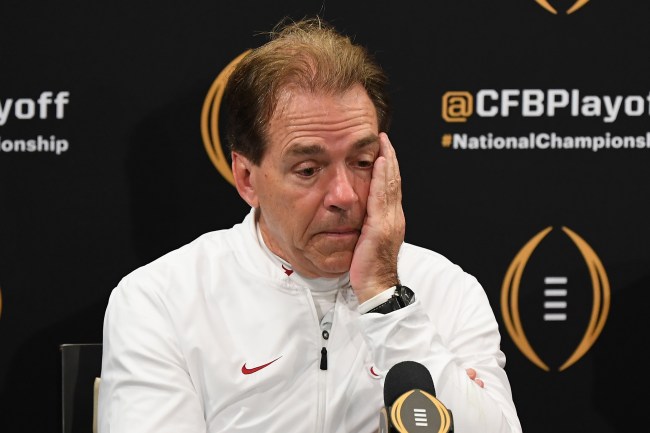 There may not be one single person on the planet that knows when, or if, the college football season will kick off this year. While there are plenty of rumors floating around, the fact of the matter is, the only certainty at the moment is that everyone wants to see college football in some sort of fashion and preferably to begin as scheduled.

Notre Dame and Navy are scheduled to kick off the season on August 29 and while that date is still months away, every day that passes without any news makes it feel like we’re only heading toward a worst-case scenario.

ESPN’s Heather Dinich joined Get Up on Wednesday morning and shared what she’s been hearing regarding the start of the season and specifically whether or not we’ll see college football in the fall.

Simply put, every day that passes is hurting the chances the season gets underway as scheduled. Dinich also explained that the hope is that some sort of decision will be made by June 1.

"As for actually playing a [college football] season in the fall, I think the likelihood is decreasing with each day."@CFBHeather thinks we may be looking at the possibility of a "shortened season" this year. pic.twitter.com/zwbGFupWVG

The scope of the entire situation is overwhelming given that certain parts of the country have been hit harder by The Big Cancel than others making the decision for universities to welcome students back on campus a moving target.

Major universities in Texas and others around the country have begun announcing plans for students to return to campus for the fall semester as scheduled. If that does indeed happen, that’s obviously a fantastic sign that college athletics will return to action, but the start date of college football is still very much in the air.