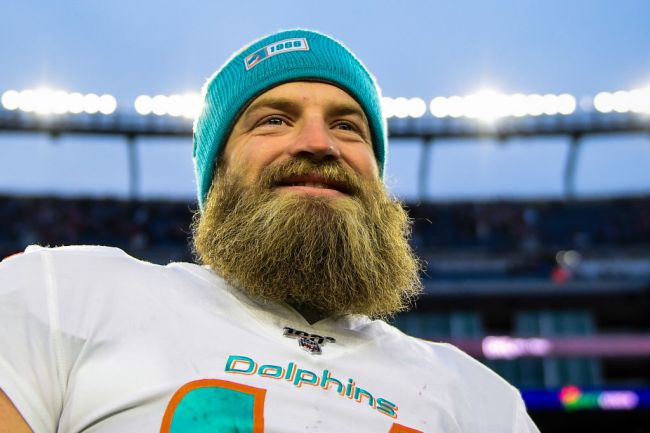 It’s Week 13 and in most twelve or more team leagues, you’re heading into the final regular-season game. Hopefully, you’re more confident heading into the playoffs than grabbing those five-day-old turkey leftovers because there’s no one on the waiver wire that’s a guaranteed lineup buster. We have a lot of players that have the potential to be viable fill-ins. Here are some players to consider adding to your roster in Week 13.

It looks like Tua’s thumb could have him out multiple weeks, in the meantime, Fitzmagic continues to mesmerize. He’s been a great fantasy quarterback as a starter and could be the quarterback to lead you in the playoffs.

Did you know the Saints had more interceptions (2) than the Broncos had completions (1)? So 2020. When I saw the Broncos had no rostered quarterbacks to play this game, I immediately tweeted Murray would be a great sleeper pick. Now that I’ve pat myself on the back, I think Murray will continue to have a role going forward. We’re seeing Alvin Kamara fade and Murray has 31 carries for 173 rushing yards with Taysom Hill as a starter.

Davis has had flashes throughout the season, especially when John Brown has missed time. With Brown now on IR, Davis caught a pass from Cole Beasley to put up double-digit points this week. He could be an intriguing deep-league flex option.

With how bad the Jets offense is, Perriman has put together some good games with 234 receiving yards and three touchdowns in over three games. Perriman gets his points on big plays, so he’s a boom or bust type of option.

Josh Jacobs is dealing with an ankle and Booker would be the next man up. He’s run really well as the change-of-pace back for Las Vegas averaging 5.5 yards-per-carry. The Raiders have a solid matchup against the Jets where he can be an upside RB2 with a full workload.

Pittman took a slide after a couple of great fantasy outings, but on the plus side, he had eight targets and now has seven in three of his last four games. Philip Rivers is starting to pass more and with two games against Houston, Las Vegas, and Pittsburgh, these games could be shootouts. Pittman is someone I want as a flex option.

With no Irv Smith Jr., Rudolph ran the second-most routes amongst tight ends on Sunday and had seven catches for 68 yards. He could be a great streaming option this week against Jacksonville who has allowed the third-most fantasy points to tight ends.

Do you remember when Frank Gore was the star running back for the San Francisco 49ers? Might have to ask your grandpa about that one. With La’Michel Perine out, Gore has put together back-to-back double-digit fantasy games. The matchup against a bad Las Vegas run defense makes him an interesting streaming option this week.

I know, a Rams running back. I trust someone in the Rams backfield as much as gas station sushi with tap water, but he’s looked like the better runner recently, and he’s gotten the ball in goal to go situations. He’s worth at least a roster stash.

One thing we’re learning in the 2020 NFL season, anything can happen. Tom Brady and Teddy Bridgewater are on a bye, Lamar Jackson may not play, and our pet’s heads are falling off. If you need a quarterback to stream for this week, Cousins is a strong option against a bad Jaguars defense allowing the third-most points to the position