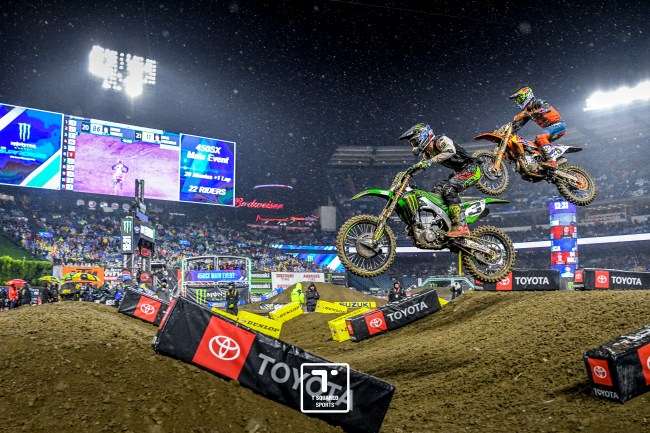 Saturday night, January 5, 2020, in Anaheim, California, the throttles turn and the gate drops on another Monster Energy Supercross season.

A few years ago, you could set your season watch by the likes of Ryan Villapoto or Ryan Dungey. But now, you could list names on a wheel and spin it and have just as good of a chance of predicting the 2020 Season Champion.

But who are the contenders?

Beginning with the 2019 Monster Energy Supercross Champion, Red Bull KTM’s Cooper Webb. The Pro Motocross season did not go as planned for Webb, as injuries sidelined him. But he is back on the bike and sporting the #1 plate for the season. There is no indication that Webb will take any steps back, especially having another season of training on the bike with champion trainer Aldon Baker and more time to become more in sync with mechanic Carlos Rivera. Comfort on the bike is key. Will that turn into another title for Webb? 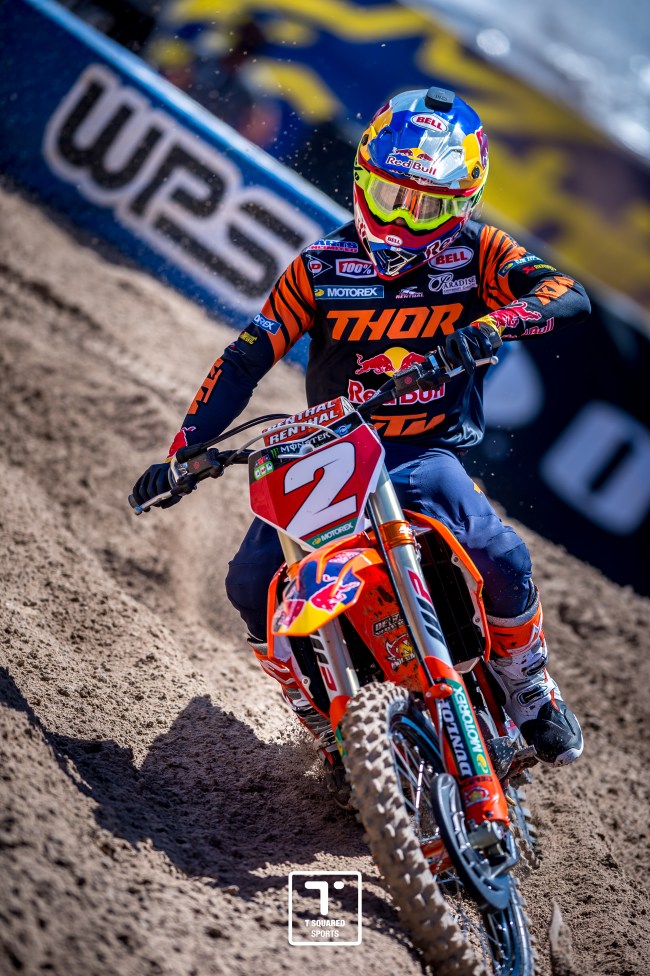 But what about Rockstar Energy Husqvarna’s Jason Anderson, the 2018 Monster Energy Supercross season champion? Injuries sidelined Anderson in 2019, but Anderson has come back strong and just took the win at the Monster Energy S-X Open in Auckland, New Zealand. Anderson was expected to win, and he delivered. Anderson does a good job keeping his cool through all of the chaos, this should benefit him this season.

Team Honda HRC’s Ken Roczen finished all of the races in 2019, without being forced to withdraw from injury. But was he healthy? Roczen nearly won a couple of races throughout the season, narrowly losing out in Cooper Webb in a photo finish at Arlington and running over Joey Savatgy’s bike after the Kawasaki rider went down at Nashville, when Roczen arguably had one of the fastest bikes of the night. Toward the end of the season Roczen began reporting health issues although it was unclear what they were. The Honda HRC rider is still looking to return to the top step of the podium following his severe injuries from the prior years and looked dominant in the 2019 running of Red Bull Straight Rhythm. Maybe seeing the top of any podium is all he needs to get his gears right for the 2020 season.

The window for Monster Energy Pro Circuit Kawasaki’s Eli Tomac is closing fast. If Tomac doesn’t win this year, this may be it. Tomac was hot and cold throughout the 2019 Monster Energy Supercross season. The Kawasaki rider took six wins throughout the season, three of those coming within the last four races. This end-of-season success helped him make impressive inroads on Cooper Webb’s points lead. Unfortunately for Tomac, his inconsistency during the first half of the season had already done its damage, and he had to settle for the runner-up position again. Can Tomac take the Pro Motocross Season title momentum and carry it into a Supercross season? 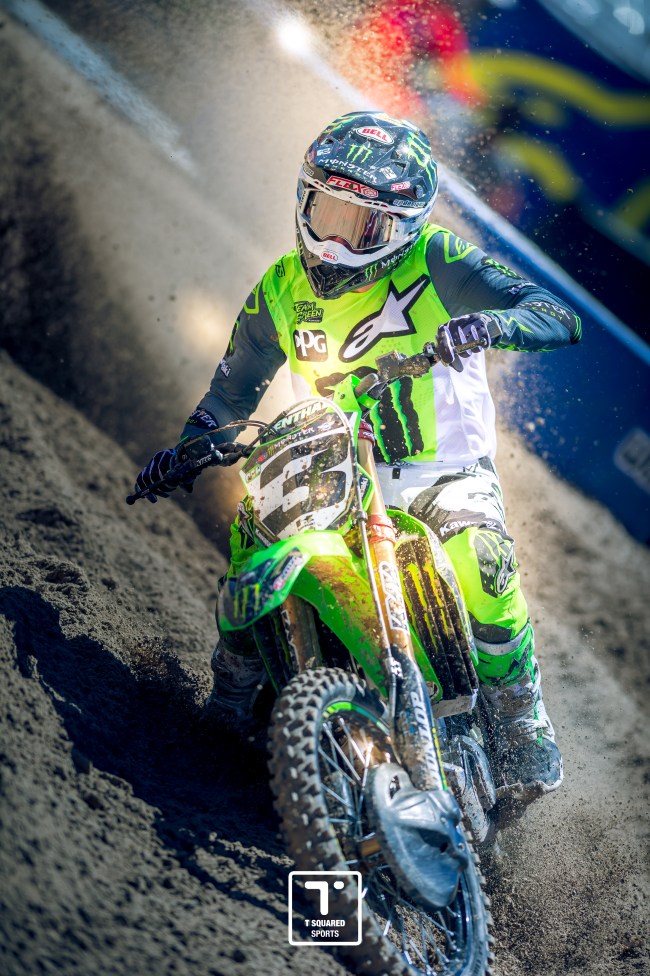 While those are the names the NBC broadcast will focus on. There are several other names you should pay attention to.

Monster Energy/Yamaha Factory Racing’s Justin Barcia will make for a spicy wild card provided he can stay healthy. Barcia won the season-opening race at Anaheim but never really got close to winning again after that. It didn’t help that a couple of hard crashes toward the end of the season preventing him from running the full schedule.

Monster Energy Pro Circuit Kawasaki’s Cianciarulo had a solid 2019 250SX campaign, taking multiple wins and almost the championship. However, while riding in third with 5 minutes to go in Las Vegas – and on track to win the title, Cianciarulo went down hard and damaged his bike, handing the championship over to Dylan Ferrandis. In August 2019, it was announced that Cianciarulo would be making the move up to the 450SX class for 2020. Making his 450 debut in the Monster Energy Cup in Vegas, Cianiarulo took the win to make his stamp on his debut. Nothing like a win to tell the other riders that you are on scene and ready to take the podium top step. 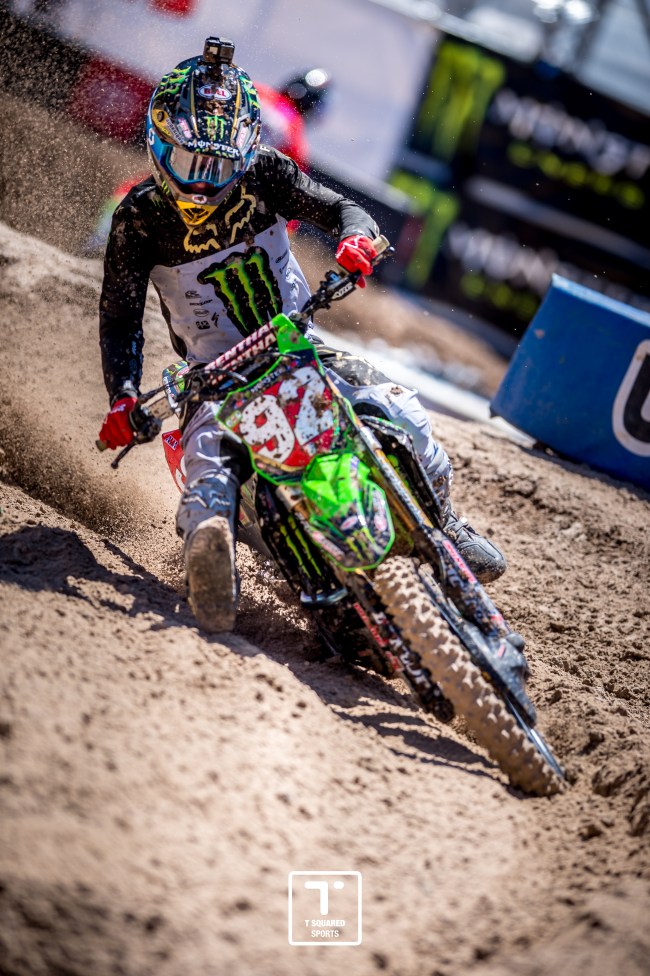 If you do not have a cable subscription or plan on being at the race in person, you can catch every race on the NBC Sports Gold Pass. 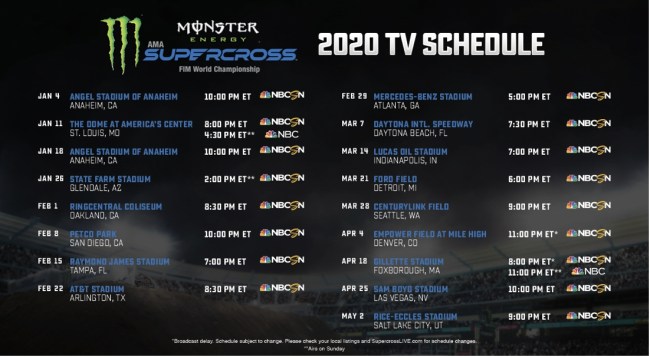 Every Heat and Main Event is live and on-demand available now for $74.99. Stream the 450sx and 250sx class at all 17 stops without commercial interruption. Plus, watch October’s Monster Energy Cup on the pass.