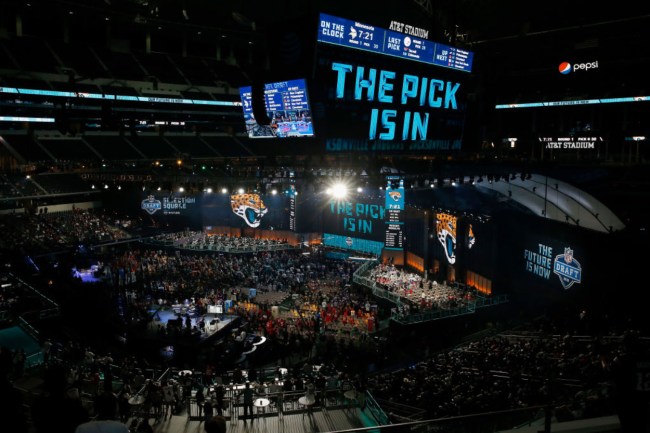 We’re less than a month away from the Jacksonville Jaguars starting the 2022 NFL Draft with the first-overall pick, pending a trade, of course.

The vast majority of mock drafts out there have penciled in Michigan defensive end Aidan Hutchinson as the No. 1 overall pick to Jacksonville. Both NFL draft gurus Todd McShay and Mel Kiper Jr. have Hutchinson going first-overall to Jacksonville in their latest mocks, but the narrative seems to be changing just a bit.

Multiple NFL insiders have reported hearing chatter about the Jags going in a different direction and drafting Georgia defensive end Travon Walker with the first pick.

Mike Garafolo of NFL Network jumped on board with Schrager’s comments as well adding more fuel to the fire.

More Travon Walker to #Jags at No. 1 chatter, this time from @PSchrags. I’ve heard the chatter Trent Baalke sees a lot of Aldon Smith in Walker. We’re 17 days away from Baalke and the Jags making their decision… https://t.co/yUOY24iYL2

Hutchinson’s stat sheet from a year ago trumps Walker’s but based on the reports, Jacksonville may see a higher upside in Walker and could take a gamble with him with the first-overall pick.