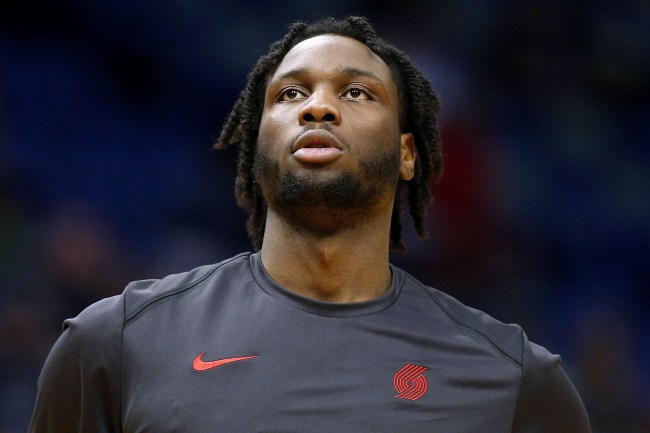 24-year-old Caleb Swanigan was playing in the NBA just a year ago but has found himself dealing with several off-court issues and it appears to be taking a toll on him.

Swanigan, who played briefly for the Trailblazers last year and is currently a free agent, pleaded guilty on Tuesday to a misdemeanor marijuana charge after he was pulled over with 3 pounds of marijuana in his car.

Swanigan, 24, was given a 180 day suspended sentence with two days time served as part of a plea agreement with prosecutors, according to court officials. He will avoid jail time.

The 2015 IndyStar Mr. Basketball winner, known by fans as “Biggie,” was arrested Dec. 23 by Columbia City Police Department officers after a traffic stop in northern Indiana. Police said they found 3.4 pounds of marijuana, drug paraphernalia and cash inside his vehicle.

A Columbia City Police Department report at the time noted officers observed Swanigan’s Toyota SUV traveling well below the posted 60 mph speed limit and failing to use traffic signals on U.S. 30 about 2 a.m.

A photo of an unrecognizable Swanigan going to court went viral on social media because fans couldn’t believe it was the same person who had just played in the league last year.

A snapshot of Caleb Swanigan……. pic.twitter.com/7GOAuJrHST

Really hope Caleb Swanigan is all right, this is scary… he was in the NBA just last year pic.twitter.com/lzm28di3Kt

Hopefully, Swanigan is okay because it does seem like he’s dealing with several serious off-the-court issues.