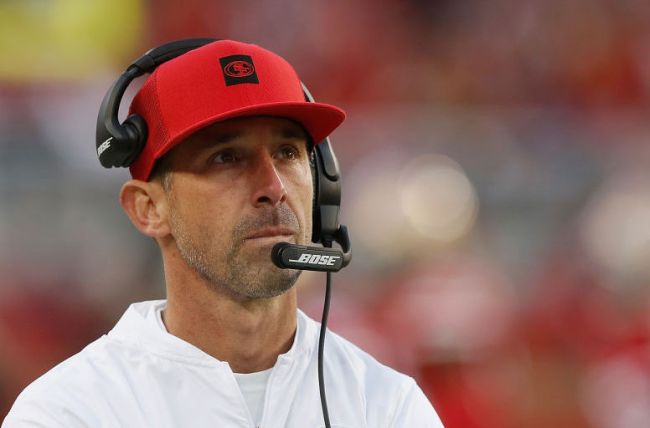 The San Francisco 49ers are essentially homeless now due to new COVID-19 restrictions in Santa Clara County and they were made aware of the news just like everyone else was. According to ESPN, the 49ers learned the news of Santa Clara Country putting a three-week ban on all contact sports within county lines while on its plane heading to play the Rams in Los Angeles.

One may imagine that professional sports teams would get a pass on the three-week ban, but that isn’t the case. In case you didn’t know, California operates a bit differently than other states.

The 49ers were set to host the Bills and the Washington Football Team the next two weeks and while they’ll still technically be the home team, they’ll be playing host in Arizona at State Farm Stadium, home of the Cardinals.

49ers will host their Weeks 13 and 14 home games against the Buffalo Bills and Washington Football Team at State Farm Stadium in Arizona. pic.twitter.com/OIQMeQEjVx

San Francisco head coach Kyle Shanahan voiced his frustrations about the restrictions, specifically the suddenness of the announcement, following the news.

“For us to be heading out here [Saturday] and the relationship we have with them and for our players and coaches and everyone on that plane and our wives to find that out while we’re getting on a plane and no one to tell us, it was just extremely disappointing,” Shanahan said, per ESPN. “I get it: They made that decision, and we’ve got to deal with it, but to find that out through a tweet or a press conference, where I have an entire plane coming up to me, I have all wives, everyone’s girlfriends, everyone’s family members, kids, saying they heard we could be gone for the entire month of December? Are we going to be quarantined for 14 days when we get back?

The 49ers are scheduled to play in Dallas against the Cowboys in Week 15, which is the supposed weekend the ban on contact sports in Santa Clara County will be lifted.