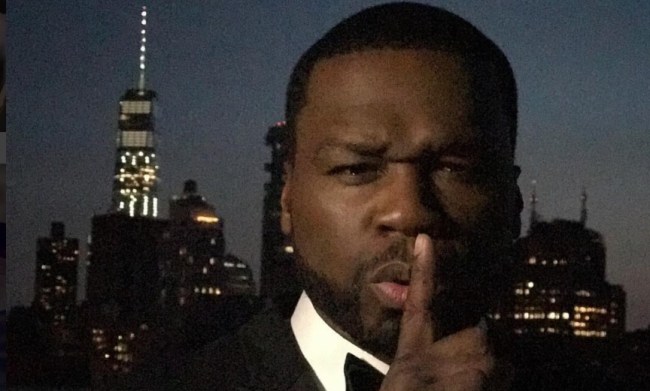 Conor McGregor talked a big game before the fight, as he should have to generate interest in the spectacle. However, one of the many people who he insulted during the promotional tour for the fight was 50 Cent. In July, McGregor said, “50 Cent’s a bitch. You and 50 are two fake money bitches. He’s bankrupt and you’re about to be.” He brought out a copy of Jay-Z’s 4:44 album and said, “I got Floyd a gift. This is JAY-Z’s new album, the 4.44. I want you to take this, listen to it, and learn how to build a real empire, not a fake empire.”

McGregor has a message for Floyd and 50 Cent #MayMacWorldTour pic.twitter.com/aLijcsQ4tk

The rapper did not forget those stinging words and was giddy to slam McGregor with some insults of his own after Mayweather smashed Conor in the 10th round of the much-hyped fight. 50 Cent sent a series of memes trolling McGregor over his defeat. Fif first hit McGregor over his constant hugging of Mayweather with this “Titanic” meme.

Then Fiddy pointed out that Mayweather is now 50-0 with a photo of his face and the caption: “I know, I know you want a rematch. Don’t worry you might get us next time but for now. It’s back to burning the money like the joker in the BANK💰💰💵💰💰LOL”

Then 50 Cent posted the lowlight of the fight for Conor, when he literally got the snot beat out of him. “And this is for calling me a bitch. LOL 😆#50centralbet. Knocked the snot out your ass. 😂”

Lastly, 50 Cent posted a photoshopped of his “Get Rich Or Die Tryin'” album cover, but with Money Mayweather’s face on it.

It’s good to be on The Money Team.

See more memes from the Mayweather Vs. McGregor fight HERE.