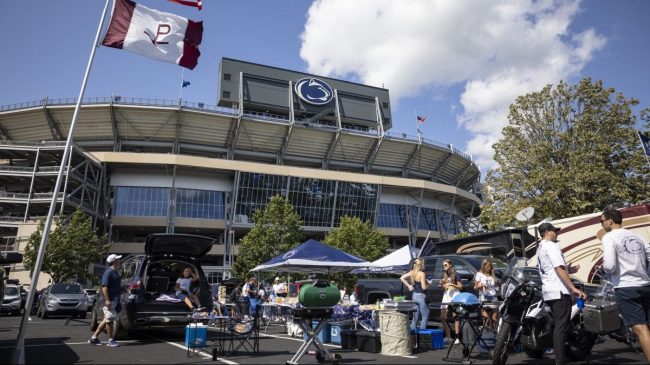 No true college football experience is complete without a good tailgate. Sure, winning is great and all and everyone loves an upset. But if you didn’t tailgate beforehand, did you really go to a college football game.

Just ask Oklahoma fans how they felt when the university opted to callously take away their tailgating space before the 2022 college football season.

But tailgating, of course, is not unique to college football. Everyone loves a good NFL tailgate. I’ve tailgated both baseball and soccer games. Heck, we’re very pro tailgate out here. You can tailgate anything you put your mind to.

Though not all tailgates are created equal.

There are, after all, some tailgate essentials. The ideal tailgate spread should be weather-appropriate and time appropriate. Nobody wants to be cooking soup or chili on a 101-degree day in August and if you’re starting early you’d better have some breakfast-appropriate bevs.

When it’s not badly bungling political polls, polling website 538 actually has some fantastic content. Most recently, that includes determining the perfect tailgate spread and setup according to a survey of 5,000 people.

The poll revealed some findings that were obvious, but some that were a little more surprising.

First off, Americans love their burgers. As a burger lover myself, who would gladly eat them multiple times a week, I get it. But tailgate burgers can often be disappointing. The janky old charcoal grill you haul out four times a year likely has crappy temperature control and frozen Bubba Burgers aren’t exactly the pinnacle of the burger world.

For any ideal tailgate burg, try using a griddle rather than a grill and making two small (around 2-3 oz.) smash patties. Because who doesn’t love a double cheeseburger?

Burgers topped the chart ahead of hot dogs and chips as favorite foods. Though dips come in surprisingly low at No. 5.  Who wants chips without a nice buff chicken or seven-layer dip?

Surprisingly, wings were nowhere to be found on the list.

How can hot wings not be listed as an option?

One thing fans do not want at their ‘gate is a veggie burger. Veggie burgers ranked as the second-worst tailgate food behind only ice cream/popsicles. While iced treats are delicious, they melt in the summer and are too cold in the winter.

But not everyone agreed on the preferred spread.

Anything needing a utensil to eat is bad for tailgating.

Dips severely underrated. The rest of this is good https://t.co/lavnipe30j

Some foods are both https://t.co/rGtKOv1MlR

Those who tailgate in the South appear to have a bit more of a sweet tooth than us northerners.

And there are a number of must-have elements beyond just the food.

When building the perfect tailgate, drink variation was widely considered the most important element (82 percent), ahead of having team-branded clothing (74 percent), a grill (69 percent) and the use of a tent or shaded area (62 percent). Climate factored heavily into these decisions: At least 68 percent of respondents from both the Southeast and Southwest earmarked a tent or shaded area as the most important variable, likely due to the not-uncommon risk of heat stroke or heat-related illnesses reported in area stadium parking lots.

All in all, if you’ve got good food, good bevs and good friends, you appear to have yourself a pretty damn good tailgate.