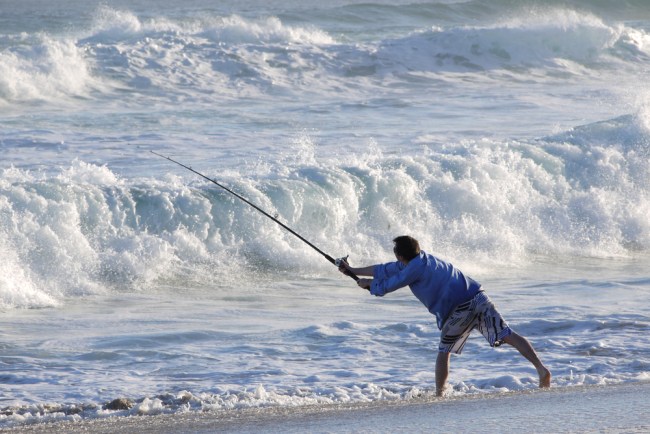 The Striped Bass season in New Jersey has been open for two months (it’s open Mar 1st-December31) and already one angler has landed a complete slob of a fish. John Callahan from Pennsylvania drove over to Raritan Bay on Monday to do some striper fishing.

He only caught one fish during his three hours of fishing but that fish turned out to be a MASSIVE 58.10-pound striper that took him 30 minutes to reel in. Fisherman John Callahan wouldn’t disclose exactly where in Raritan Bay he was fishing. No angler ever wants to give up the location of his/her honey spot. But he did pop into Julian’s Bait & Tackle in Atlantic Highlands, Monmouth County to have his picture taken and load up on ice to keep the fish preserved for his two-hour drive back to his home in Pennsylvania.

Just look at this absolute unit:

For years, the IGFA World Record for saltwater Striped Bass was held by the state of New Jersey. Back in 1982, Atlantic City resident Albert McReynolds landed a 78-pound, 8-ounce striper that held the record for decades until an angler fishing in Connecticut landed an 81 pound, 14-ounce hog of a fish back in 2011.