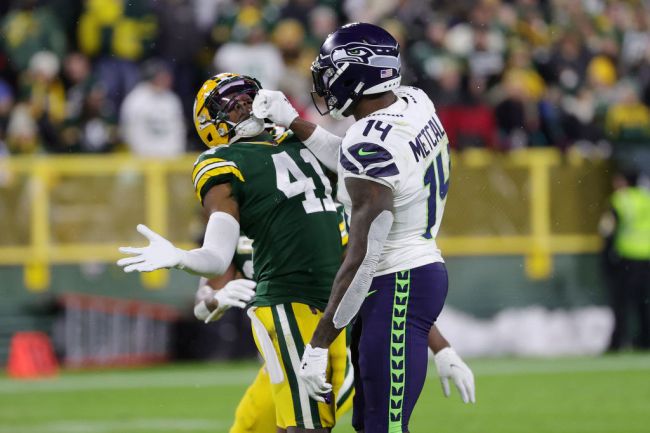 DK Metcalf is fed up with losing this season.

At the end of the Packers-Seahawks game, Metcalf got himself ejected after he tried to fight to two Packers players while his team was getting blown out.

DK Metcalf trying to set a record for most facemasks grabbed #SEAvsGB pic.twitter.com/gZ28OZVZVo

After the game, Metcalf was asked as to what led to the altercation that got him ejected, and he succinctly answered, “I’m tired of losing,”

The Seahawks are 3-6 this season following their loss to the Packers, but the team is still only one game back from the final NFC playoff spot.

The #Seahawks are still just one game back of the final playoff spot. However, the Panthers have some momentum right now.