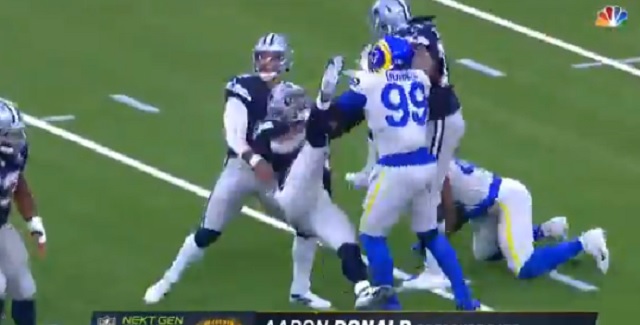 Aaron Donald is an absolute freak of nature.

The two-time defensive player of the year dominated the Cowboys offensive line from the beginning of the game on Sunday night.

Donald’s most impressive move of the game was when he straight up picked up and slammed 230 pound Cowboys running back Ezekiel Elliott like he was nothing.