Aaron Judge Signed With The San Francisco Giants According To Reports, But Then He Didn’t… 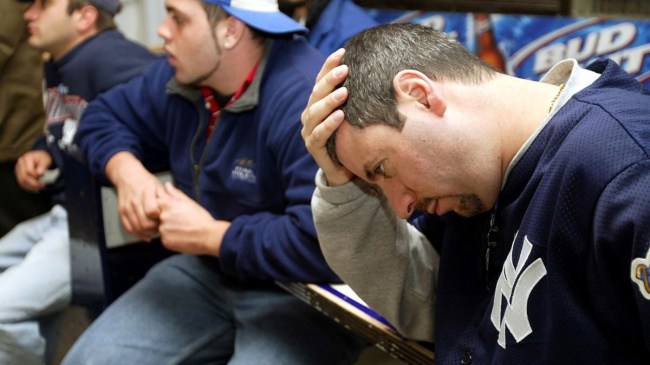 Aaron Judge an all-time great season for the New York Yankees in 2022. The gargantuan right field hit .311 with an American League record 62 home runs and 131 RBIs to go along with 133 runs scored.

His pursuit of Roger Maris’ AL home run record captivated the sports world and angered college football fans. It appeared briefly the storybook season will be Judge’s last in pinstripes.

he deleted it but the internet will not forget arson judge pic.twitter.com/jG96W0CFvk

There’s only one problem. It appears that Heyman may have made the call a little bit too early.

Giants say they have not heard on Aaron Judge, My apologies for jumping the gun.

Larry Baer, Giants CEO, on Aaron Judge two seconds ago: “Nothing to report.”

Just about everybody’s who’s anybody in the baseball world is currently in San Diego for the annual Major League Baseball winter meetings. So it’s likely that Heyman had good reason to believe that Judge had agreed to a deal. But it will instead go down as an all-time botched call, especially if the AL MVP opts to stay in New York.

Twitter showed no mercy for Heyman after the mistake.

I mean Jon Heyman has to go to jail now

Jon Heyman needs to be put in prison. My heart can’t handle this

BREAKING NEWS: Reporter Jon Heyman has been charged with attempted murder of about 2 million Yankees fans for attempting to cause them to have heart attacks by Tweeting that Aaron Judge is going to San Francisco.

Though it appears the hilarious typo may have allowed him to salvage just a shred of his reputation.

Jon Heyman for some reason pic.twitter.com/cPcxQUrxw0

Remember, kids, it’s better to be right than to be first.