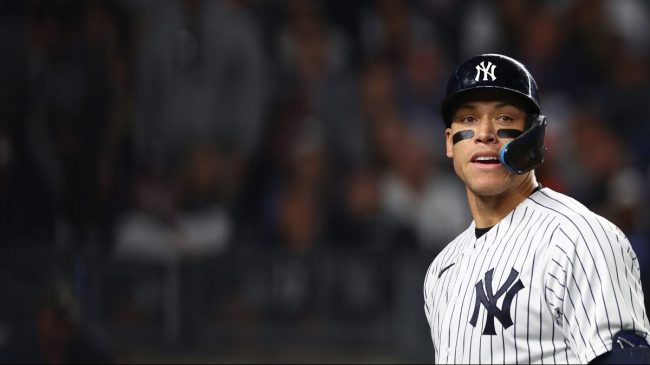 New York Yankees outfielder Aaron Judge is returning to the team on a 9-year, $360 million deal, according to reports from MLB insiders Ken Rosenthal of The Athletic and Jon Morosi of MLB Network. Judge, 30 years old, has been with the New York Yankees since he began his professional MLB career back in 2016.

According to reports, Judge was mulling offers from the San Francisco Giants and the Bronx Bombers and ultimately decided to stay in New York City with the club that drafted him in the first round of the MLB Draft back in 2013.

Given the trajectory he’s on, Judge will likely end up in the National Baseball Hall of Fame and the Yankees are ultimately wise to tie him down to a deal that makes sure he does so wearing a navy blue Yankees cap.

Heading into the 2023 season, the New York Yankees of about +900 odds to win the World Series, which puts them fourth behind the likes of the Los Angeles Dodgers, the Houston Astros (the defending champions), and the Atlanta Braves.

Funnily enough, the New York Yankees will kick off their 2023 campaign at home on Thursday, March 30, against the San Francisco Giants, the team that reportedly came close to signing the outfielder.

RELATED: The New York Yankees And New York Mets Are Under Investigation For Colluding To Keep Aaron Judge’s Price Down