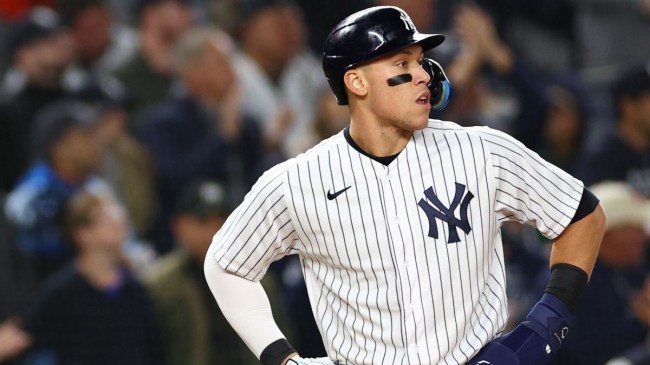 Aaron Judge is the biggest fish, by far, in an absolutely loaded MLB free-agent pond this offseason. The reigning American League MVP was downright absurd for the New York Yankees in 2022. Judge hit .311 with an American League record 62 home runs, 131 RBIs and 133 runs scored. It was a season that will live on in the history books for years to come.

But the Yankees failed to lock down the 30-year-old superstar to a long-term contract and now it appears he’ll have no shortage of suitors. One of those suitors is expected to be the crosstown New York Mets. The Mets won 101 games in 2022, but a late-season collapse saw them blow a double-digit lead in the NL East before getting bounced by the San Diego Padres in the Wild Card round.

Backed by billionaire owner Steve Cohen’s deep pockets, New York is expected to be active in free agency even if it re-signs ace Jacob DeGrom. But now it appears both New York franchises could be out of Judge before the bidding even begins.

Ken Rosenthal of The Athletic dropped a bombshell report on Wednesday night. The report claims that Major League Baseball is investigating both the Yankees and Mets over an earlier report stating that the two teams will not get in a bidding war for Judge.

The MLB Players Association raised attention to the article and asked the league to investigate.

The union maintains the right to file a grievance over either or both situations. To win a grievance, the union would need to prove that the markets for Judge and/or Verlander were damaged, which could be difficult considering they are two of the offseason’s most coveted free agents. But the union remains sensitive to the threat of the owners conspiring to hold down free-agent salaries, as they did more than 30 years ago in the sports’ biggest collusion cases. – via The Athletic

Both teams could be pulled out of the running for the star if it’s determined that they colluded to suppress his value.