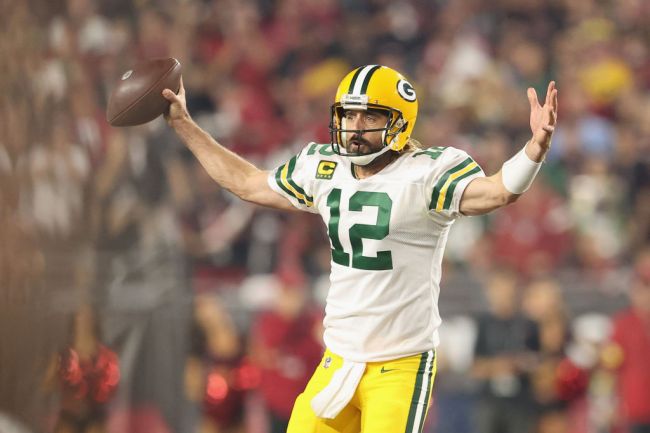 Aaron Rodgers is apparently not happy everyone knows that he’s not vaccinated.

Earlier this week, NFL network reporters Ian Rapoport and Mike Garofalo revealed that Rodgers had not been vaccinated prior to contracting Covid-19.

#Packers QB Aaron Rodgers is unvaccinated, per me and @MikeGarafolo. That’s why he’s out for Sunday vs. the #Chiefs.

According to Pro Football Talk’s Mike Florio, Rodgers is “furious” that his vaccination status was leaked to the public.

When Aaron Rodgers speaks again, we'll be listening to what he has to say about how his private vaccination status became public. Because he's not happy that it did, we're told. https://t.co/EysA9ahOdQ

We haven’t heard from Aaron Rodgers about the fact that he lied about being vaccinated and ultimately was outed as being unvaccinated. When we do, we may hear about his frustration with the process that culminated in his ruse being exposed.

Per a league source (the same one who tried to tell me on October 5 that Rodgers wasn’t vaccinated), Rodgers is “furious” over the fact that his true status was leaked. Given his propensity to complain about the manner in which he’s treated by the media, it’s safe to wonder whether he’ll complain about the fact that NFL Media reported his status, despite his clear desire to hide it — and his ability to do it for weeks

Rodgers probably has more things to worry about now that the league will likely look into if he broke protocol by attending Halloween party, not wearing masks during media sessions while unvaccinated.