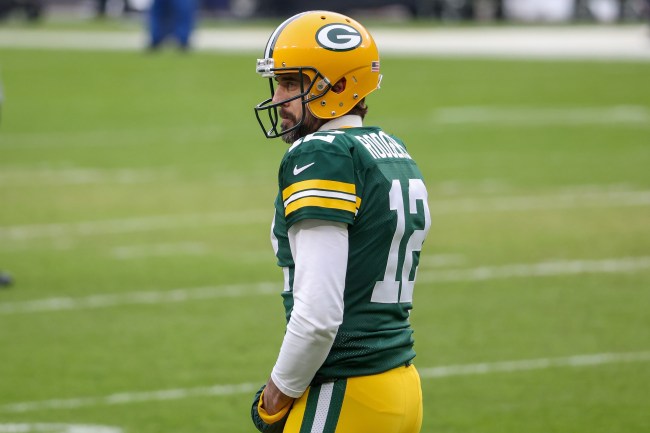 We’re beginning to learn more about the rift between Aaron Rodgers and Packers GM Brian Gutekunst.

Apparently not only was Rodgers annoyed that Gutekunst drafted QB Jordan Love but he also didn’t like the fact that the team cut wide receiver Jake Kumerow before the start of last season.

Before the team finalized the roster for the season, Rodgers went on Sirius XM NFL Radio and spoke highly of Kumerow.

“Jake Kumerow has been such a solid performer for us for the last couple of years. I love his reliability,. “I think he’s a fantastic, steady player, who’s very heady on the field. He makes plays, he plays with a lot of coincidence, and he’s a guy who you love having on the squad.”

Kumerow was cut the day after Rodgers made his comments and the QB wasn’t happy about it according to NFL.com insider Ian Rapoport.

From NFL Now: Summing up the #Packers situation with QB Aaron Rodgers, who also wanted more input in personnel decisions… and how the Jake Kumerow release (!!) played into it. pic.twitter.com/EOGG9aQg3R

Rodgers wanted to be more involved in personnel decisions… one thing that drove Rodgers nuts was when the organization released Jake Kumerow just a day after he praised him publicly. Described as a little bit of a death knell in the relationship.”

Rapoport went on to add that the cutting of Kumerow could be described as the “death knell” in the relationship between Rodgers and Gutekunst.

It has since been reported that Rodgers doesn’t want to return to Green Bay as long as Gutekunst is the GM of the team.

Per @CharlesRobinson latest, perhaps some clarity on what Aaron Rodgers actually wants: Gutekunst out. #Packers pic.twitter.com/ggJ7q4pFQY