Aaron Rodgers On Watches: ‘Trust The Universal Signs And Synchronicities’ 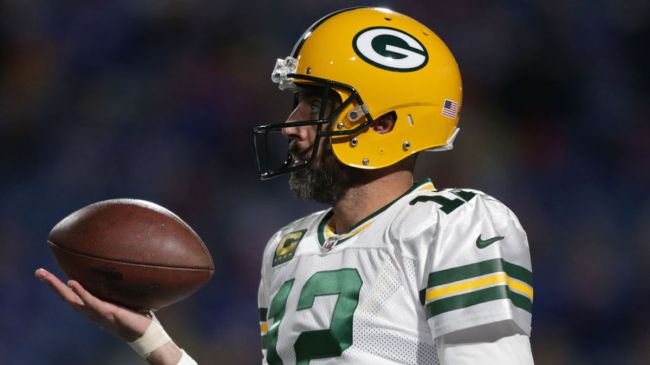 During a recent interview with GQ about watches — as in, the time-telling devices we wear on our wrists — current Green Bay Packers quarterback and aspiring fourth-dimension-of-existence seeker Aaron Rodgers gave a hilariously heady answer when asked the relatively simple question on the importance of keeping time.

After briefly explaining how timing plays a major factor in football’s “West Coast Offense,” the 38-year-old four-time NFL MVP then launched into an insanely deep diatribe about destiny and fate and things of the sort:

“Timing on a wider scale to me is fascinating, because if you trust the universal signs and synchronicities, then divine timing is always going to work out as it should. It’s very difficult to trust that at times, because we all want to control our destiny and our fate and have things happen exactly the way we want them to happen,” Rodgers said to what I imagine was a mouth-agape GQ writer who simply asked ‘What’s the importance of keeping time—and timing—in your life?’

“But the majority of the time, when we look back on our lives, we can see that either things weren’t aligned or the divine timing wasn’t right in those moments for things to come together. You have to trust in the signs and synchronicities in life, and trust that the timing is going to be right for things to happen the right way.”

Given how the Packers — who were one of the preseason Super Bowl favorites heading into the year — have played so far (they currently sit at 3-5 after losing four straight games), Rodgers may be looking at his watch and hoping the time on it speeds up so he can go ahead and retire.

Rodgers and the Packers will look to right the ship this weekend when they take on the Detroit Lions, who are one of the worst teams in the NFL. Should the Packers lose to the Lions on Sunday, their 2022 season will truly be over.

RELATED – NFL Exec On Packers’ Free Agent Efforts: ‘Nobody Is Good Enough’ For Aaron Rodgers, ‘They Can’t Please Him’