NFL Exec On Packers’ Free Agent Efforts: ‘Nobody Is Good Enough’ For Aaron Rodgers, ‘They Can’t Please Him’ 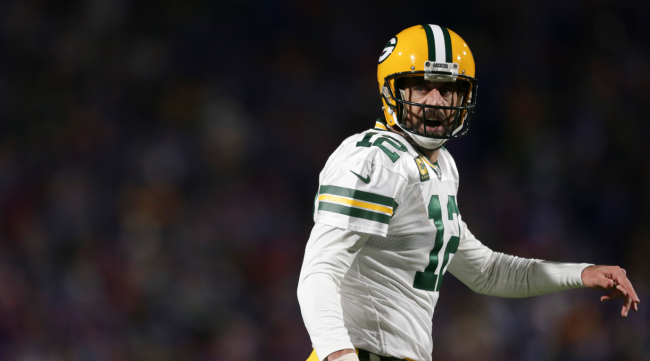 Once again, the NFL trade deadline has passed and the management of the Green Bay Packers have failed to find additional help for their franchise quarterback Aaron Rodgers.

Rodgers may end up as one of the greatest quarterbacks to ever play the game, but he is likely going to do it with just one Super Bowl ring for his two decades worth of effort.

Much of that blame lays at the feet of the Green Bay Packers’ front office as they have consistently failed to find Rodgers the offensive tools he needs to get the team over the hump.

Since their 2010 Super Bowl win, Rodgers and the Packers have been perennial contenders. They have made it to the playoffs in nine of the 11 seasons since then – none of those seasons resulted in making it to the Super Bowl, let alone winning it. Four times during that span the Packers made it all the way to the NFC Championship before losing.

Why do the Packers always seem unable to acquire the offensive help that Aaron Rodgers so obviously desires?

According to one NFL executive, it’s all Aaron Rodgers’ fault.

The Athletic spoke to a handful of NFL executives in the leadup to the NFL trade deadline about the Packers’ chances of improving on offense compared to a team like the Kansas City Chiefs.

ESPN’s Matt Hasselbeck drew on his own experience as a player in making an interesting point along these lines Sunday. He referenced his 2005 Super Bowl season with Seattle, when the Seahawks were transitioning through receivers and Hasselbeck grew frustrated because he couldn’t always trust how new wideouts would run routes. The situation improved when his QB coach, Jim Zorn, told Hasselbeck to throw where the receivers are, not where they are supposed to be.

Rodgers’ frustration with a group of unrefined pass catchers is warranted, but not necessarily productive.

“There is so much there (in Green Bay) that we don’t know when it comes to Aaron Rodgers and his wide receivers,” one NFL executive told Sando. “It is almost like, ‘Why would we spend premium draft capital on someone the quarterback probably will not like?’ That is what it comes across as to me. Rodgers plays a part in it, too, like nobody is good enough. They can’t please him.”

Rodgers and the Packers are currently in the midst of their most disappointing season in years. The team is 3-5 and the 38 year-old Rodgers is averaging the lowest yards per pass attempt of his career since becoming a starter.

Last week, Hall of Fame quarterback Kurt Warner suggested that Aaron Rodger and Tom Brady retire. Considering how little help Rodgers is getting at this point, there is really very little reason for him to stick around.