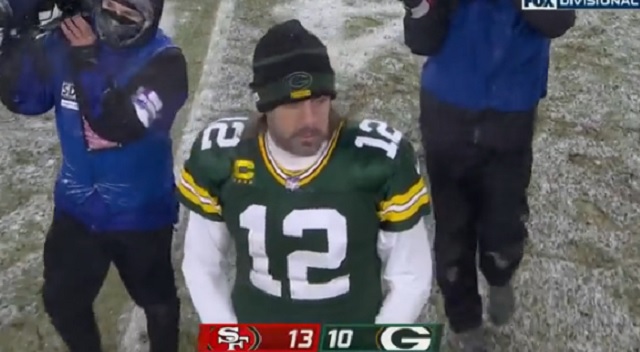 The Green Bay Packers have officially been eliminated from the playoffs, and Aaron Rodgers looked like he was going to throw up on the sidelines.

After being in control for most of the game, the Packers made a crucial error late in the 4th quarter that let San Francisco back in the game. While punting deep within their own territory, the Packers special teams unit  — which had terrible game — allowed a blocked punt touchdown and, from there, the momentum was in the 49ers favor.

After Gould’s field goal, Rodgers looked absolutely sick as he walked off the field.

During his post game press conference, Aaron Rodgers seemed like a defeated man and offered no definitive update on his plans for next season. However, it  did seem like he was leaning towards exiting Green Bay.