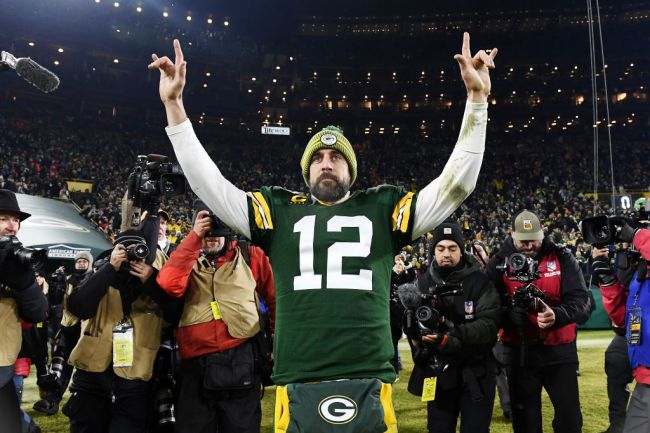 The Green Bay Packers’ 2020 NFL Draft was questionable, at best. Instead of drafting players that could immediately help Aaron Rodgers and his offense, the Packers decided to draft Utah State quarterback Jordan Love with the 26th overall pick. Yes, Green Bay drafted running back AJ Dillon and a handful of offensive linemen later in the draft, but overall it was a total head-scratcher.

The writing was on the wall that the franchise was gearing up for its future without Rodgers under center. On the field, the 37-year-old responded by putting together many would argue the best season of his career with 48 touchdowns and just five interceptions while leading the Packers to an NFC North title.

But what about the mental side of things, what was his mindset right after the Packers went out and drafted the player that could replace him? Rodgers hadn’t opened up about what that was like until recently in an interview with Michael Silver of NFL.com.

Rodgers was honest and opened up about having to free himself from bitterness and future thinking.

“You know, especially after the draft, it was important for me mentally to get to a place of freedom with that — freedom from bitterness, freedom from expectations, freedom from future thinking — and I feel like I did,” Rodgers said. “It gave me a really good peace and calm about the season and to be able to focus. I’ve been trying just to have a lot of gratitude every day at work and to enjoy all the little moments that much more.”

You can’t blame Rodgers for feeling bitter or frustrated in the moment. Out of nowhere, his team spent its first-round draft pick on a quarterback and Rodgers took that personally, it seems.

Rodgers went on to explain that he had to simply let things go and realize that some things are out of his control. All he can control are his actions on the field and he’s done a pretty great job of that this season, to say the least.