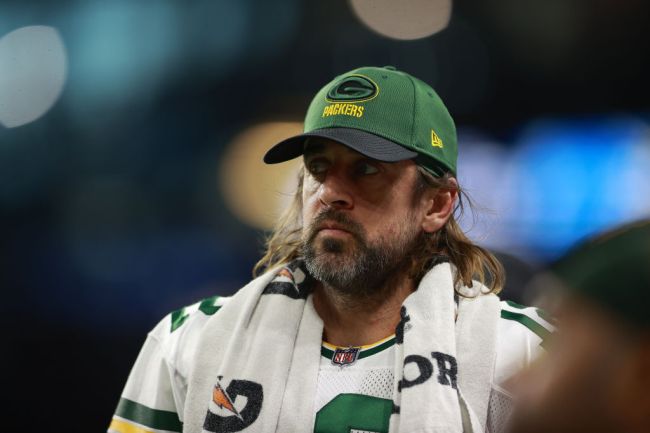 In the early days of the NFL offseason, we didn’t have any clear indication of what the future of Aaron Rodgers would hold. He hadn’t decided between staying with the Green Bay Packers or leaving for a preferable situation. However, at that point in time, we knew one thing. Wherever he went, he wanted to play with Davante Adams and Marquez Valdes-Scantling.

Report: Aaron Rodgers has “told people in confidence” he wants free agents Davante Adams and Marquez Valdes-Scantling wherever he plays next season, per @TonyPauline

We learned a week ago that at least half of that wouldn’t be possible. The Packers traded to Davante Adams to the Las Vegas Raiders for a 1st round pick and a 2nd round pick. That move seemingly started a chain reaction that eventually led to Rodgers not getting the other teammate he wanted.

Yesterday, the Kansas City Chiefs traded Tyreek Hill to the Miami Dolphins for a package of 5 draft picks. That left them needing a replacement for Hill in their offense to line up across from Juju Smith-Schuster. Today we learned that it would of course be Marquez Valdes-Scantling.

With MVS gone, the Packers are now left with Randall Cobb and Amari Rodgers under contract and Allen Lazard likely to return. They have also re-signed Robert Tonyan, who is recovering from a torn ACL. That is arguably the worst receiver group in football.

The Packers do have some options in front of them, though. The Packers have 2 first round picks this year, the first of which should be used to land a rookie receiver. There are also still some intriguing options available through free agency or a trade.

Odell Beckham Jr is available, but presents some risk after tearing his ACL in the Super Bowl. Jarvis Landry is available after being released by the Browns and would be a reliable receiver for Rodgers as a player who has hovered around 1000 yards per season for most of his career.

Will Fuller is available and was a real threat for the Texans whenever he was healthy, but has struggled with his health for most of his career and has been rumored to want a reunion with Deshaun Watson. There is also Julio Jones, but his injury history is also problematic.

There is one option that has arisen thanks to the Tyreek Hill trade that could be interesting for the Packers. The Dolphins no longer have much reason to hold on to DeVante Parker. He does have a history of injuries, but he has shown an ability to be a team’s number 1 receiver when healthy. He also likely wouldn’t cost much draft capital and has a very manageable cap hit.

Unfortunately for the Packers, they’ve waited until the part of free agency where there are good reasons why each of the available players hasn’t been signed yet.

However the Packers end up deciding to move forward, they need to make something happen soon because Aaron Rodgers can’t be happy with the situation he’s looking at right now.